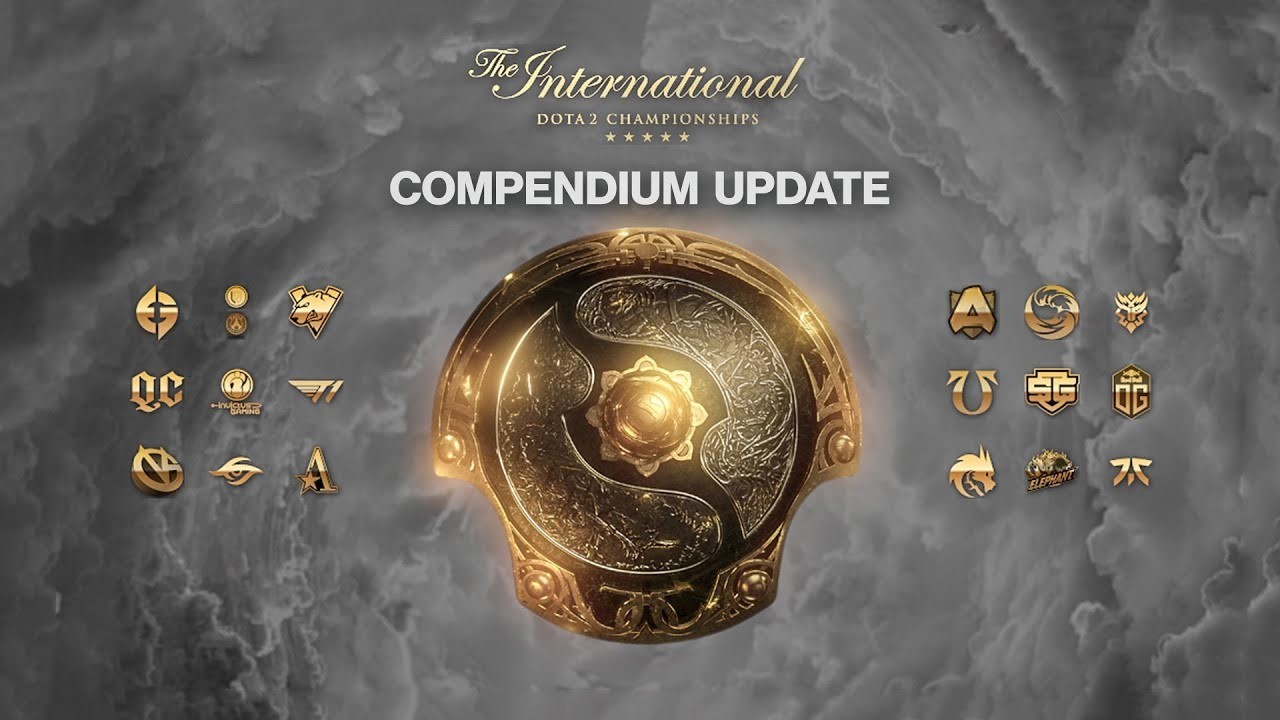 On the night of October 3, Valve added the ability to predict the results and statistical records of The International to the Dota 2 compendium. For correct predictions players will receive points that will help them get rewards: stylish black and gold sets and much more.

We will tell you about the logic behind choosing options in each of the sections and also show the forecasts of experienced analysts, streamers and pro-players. Now the former pro-player Gorgc, analyst NS and Spectral statesman have already shown their predictions – they can be seen in the table, as well as the predictions of the author of this text. Below you can find other predictions that will be added here as they become available. 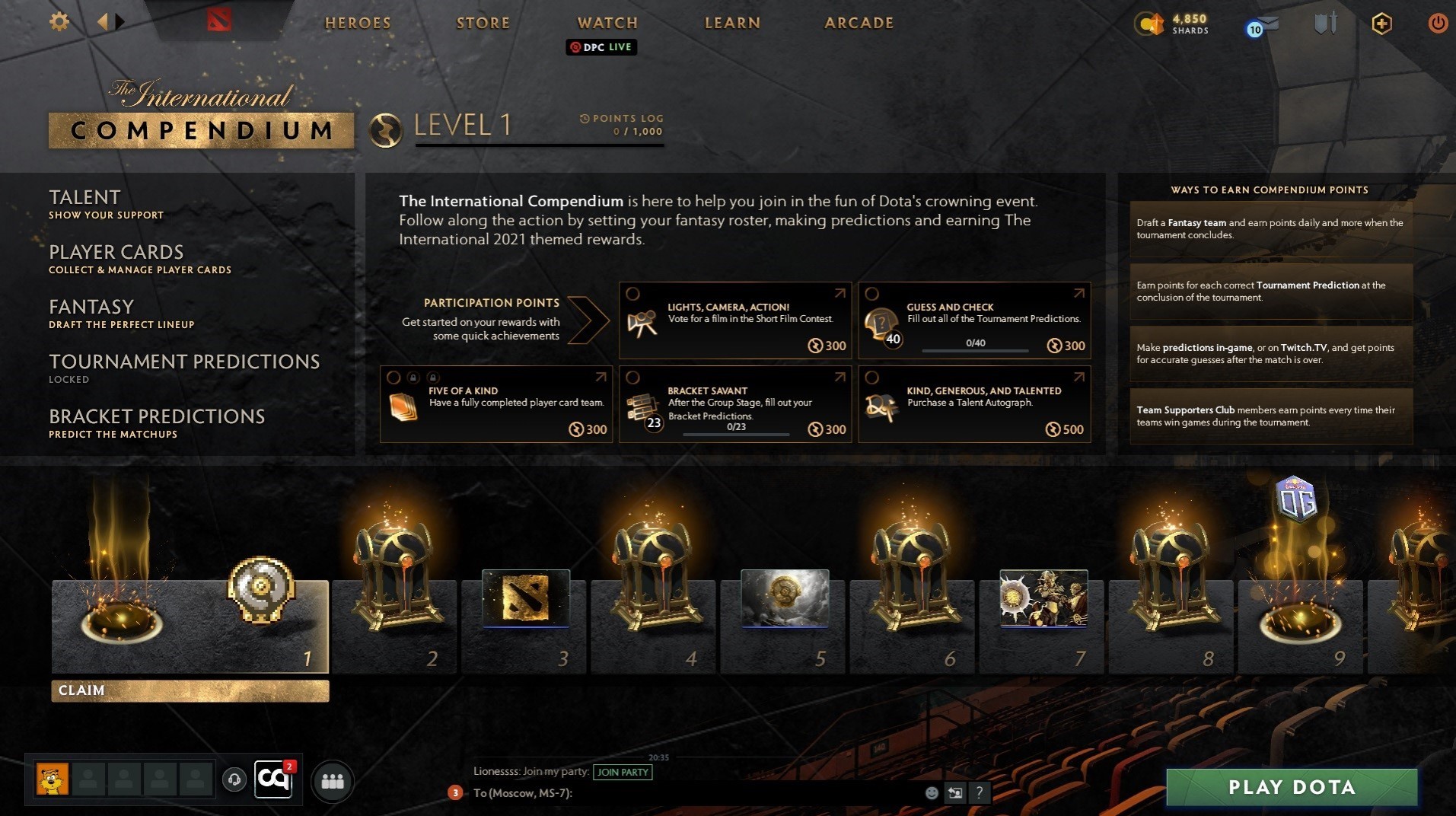 At any other tournament these predictions are much easier to make, but The International always has its own meta. In addition, a patch was recently released and there were not many competitive matches on it yet. Therefore, accurate predictions of heroes are too difficult of a task for now.

The main imbalanced character that is most often sent to the ban is in the second section of the compendium. Io is usually banned very often on The International, but now Eathshaker, Dawnbraker, Tiny and Beastmaster are very strong. It is worth choosing a hero that no one wants to play against.

The most chosen character is a strong hero who will nevertheless survive the first stage of bans. That is the top 5-7 in terms of strength. Most likely, it will be a support, because core characters are banned more often.

Then there are sections with the postscript "average", and it is assumed that this hero will play at least in five matches. This is done to exclude randomness when the character successfully plays in only one match and no longer appears in the tournament. However, the statistics of heroes that are too popular are averaged, so we need characters that will be picked relatively rare, but in the right time.

The largest share of victories – any not very popular but effective hero can win in this one. Most likely, we are talking about a carry, since the choice is too wide. 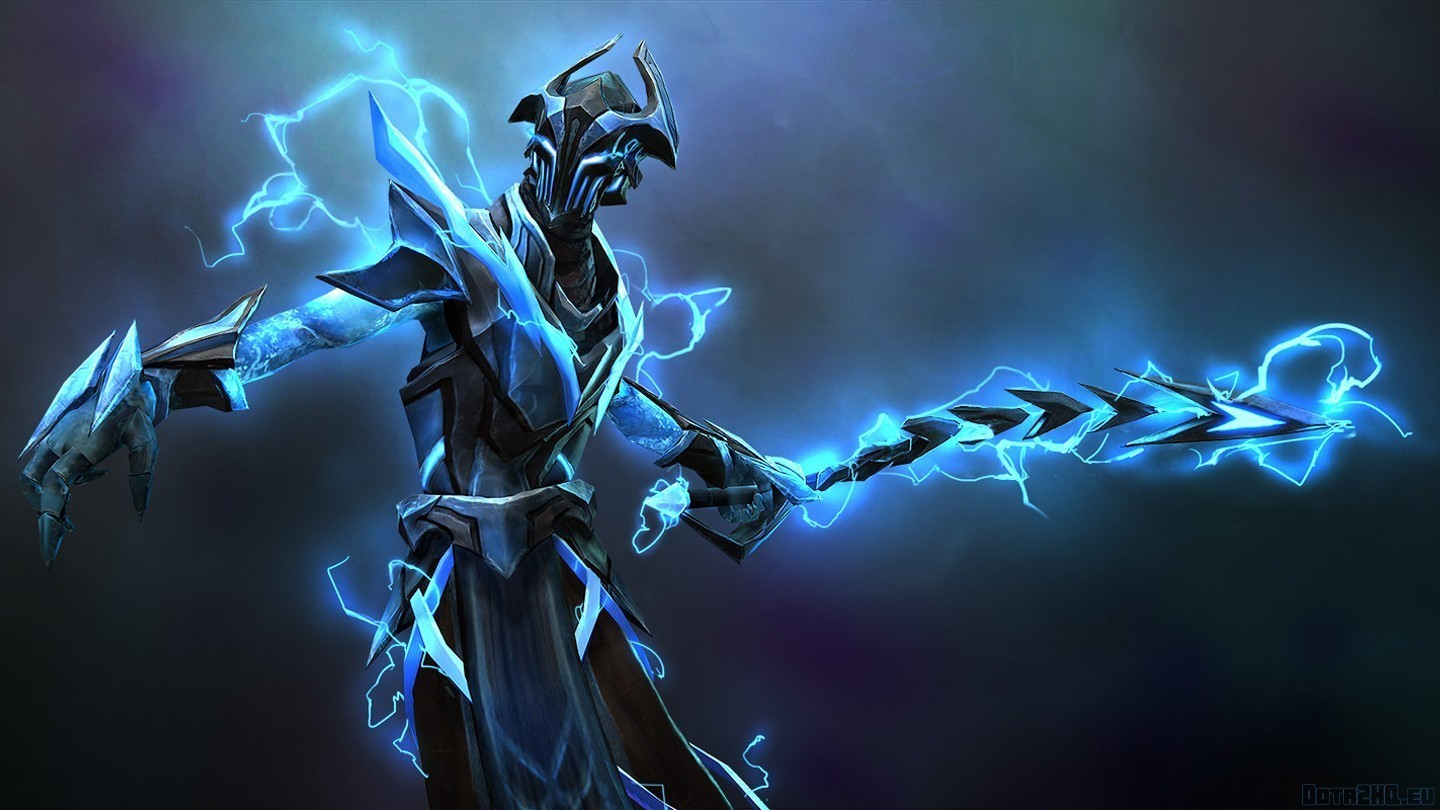 Most kills are an unpopular but flamboyant carry or mid lane that quickly gains dominance and can play in solo. Such a niche last pick could be Morphling, Slark or TA. Maybe Tinker or Specter... the main thing is that the hero should not be too popular.

Next you need to choose a hero with massive damage, who will constantly participate in battles. Zeus or Nature's Prophet with global ultimates suggests themselves, but will they be popular? Less obvious options are KotL, Mirana, or Venomancer.

Hard carries who aim to farm and win in the late game die less often. This is usually Anti-Mage or Medusa. Maybe TB or Naga, but the latter risks being too popular.

Then we choose the main farmer, and it's almost the same. Just a carry who will play long matches and kill a lot of creeps.

Meepo usually gains the most experience, but there are big doubts that he will be chosen at least five times. Candidate number two is Anti-Mage.

The last two sections are a record for one match. You need to guess a hero who quickly gains superiority, but cannot finish the match quickly like a TA or an overfarmed TB. Most likely, it will be Storm Spirit or Ember Spirit, although in a single game anything can happen.

The last section refers us to one of the longest games in the tournament, where the carry will make a huge amount of money. This will be easy for Naga Siren and Arc Warden, a little more difficult for Terrorblade or Anti-Mage, but it is too difficult to predict something at this point. 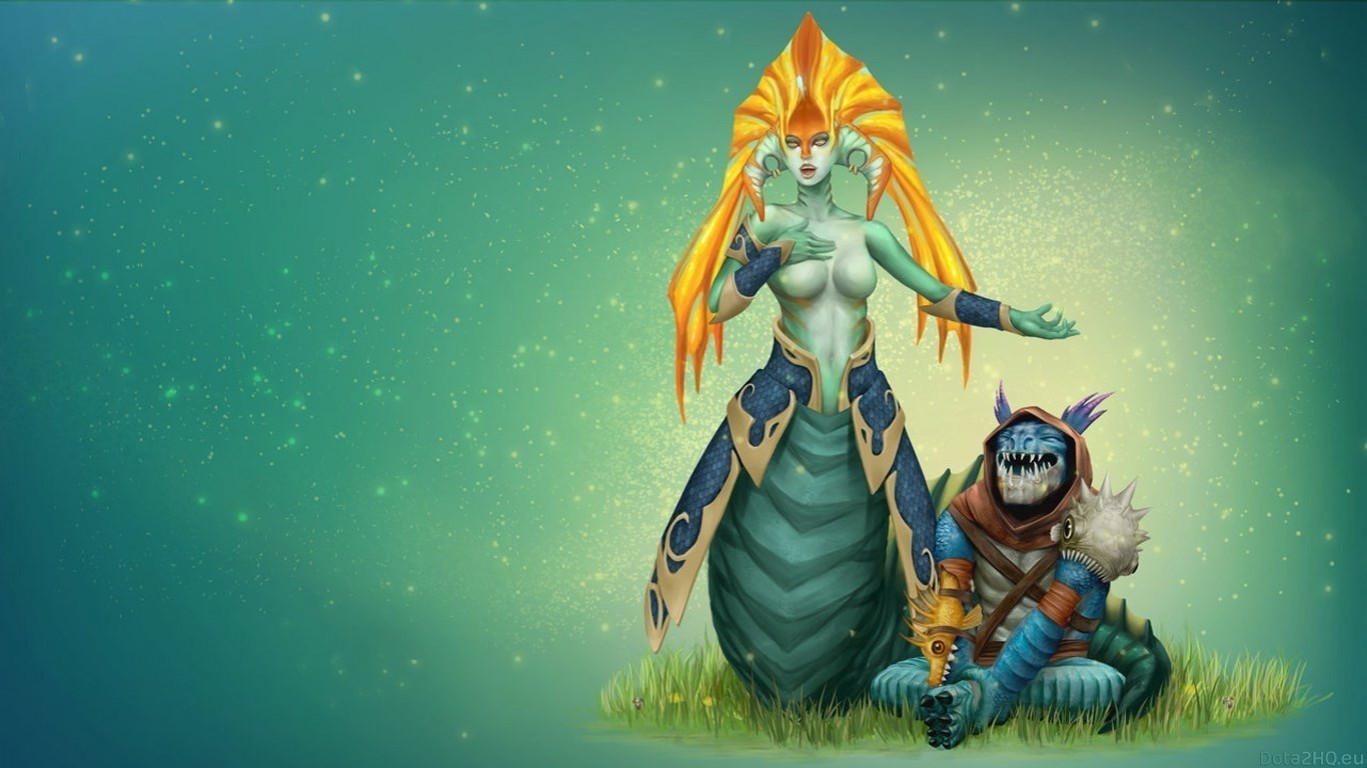 This one should be easier, because it all depends on the performances, and there are much fewer options. Although, once again, there are sections "for one game" and it is extremely difficult to determine where and with whose participation this very game will be. First, we choose our favorite: for this we are given the most points, five times more than in the rest of the sections. Of course, PSG.LGD is the obvious favorite, but The International likes to surprise, so EG, Secret and other teams from China have a chance if all of the players get better.

Sections 2, 5 and possibly 6 go together. The record for kills and assists will probably go to the same team. And, most likely, it will happen in the longest game of the tournament. You can put the same tag, which can drag the game to the last stage, everywhere. Among the options are Chinese and Asian teams who know how to endure. The EG and Alliance teams are often "lucky" for the long games. But there are no guarantee that this will not be a three-hour duel between the Peruvians and the Brazilians.

Sections 4 and 7 are connected in the same way. This should be a meeting between the favorite and the outsider, lost at the pick stage and ended 15 minutes later with a conditional score of 22-0. Such a game can be won by a top team that can play harshly and quickly: EG, Virtus.pro, LGD or Secret.

Most of the kills, on average, will be made by a strong team, which fights to the end even if it loses the match, and in case of leadership it is not in a hurry, bringing the advantage to a critical one. We offer a choice of PSG.LGD, OG and Invictus Gaming. Others may give up too quickly. Secret, T1 and a number of other teams have been accustomed to playing for a long time, although this may change in the tournament.

Most of the different heroes will be picked by the team with a large pool, which will take place until the end of the tournament. PSG.LGD or Secret have a good pool, but EG and VP prefer to win with proven strategies.

The last point, on the contrary, is an insecure team that will try to pick only the best heroes, but still lose early. I really don't want Virtus.pro to become one, so we'll choose Alliance or Quincy Crew. Other outsiders, for example South Americans, play more uninhibitedly. 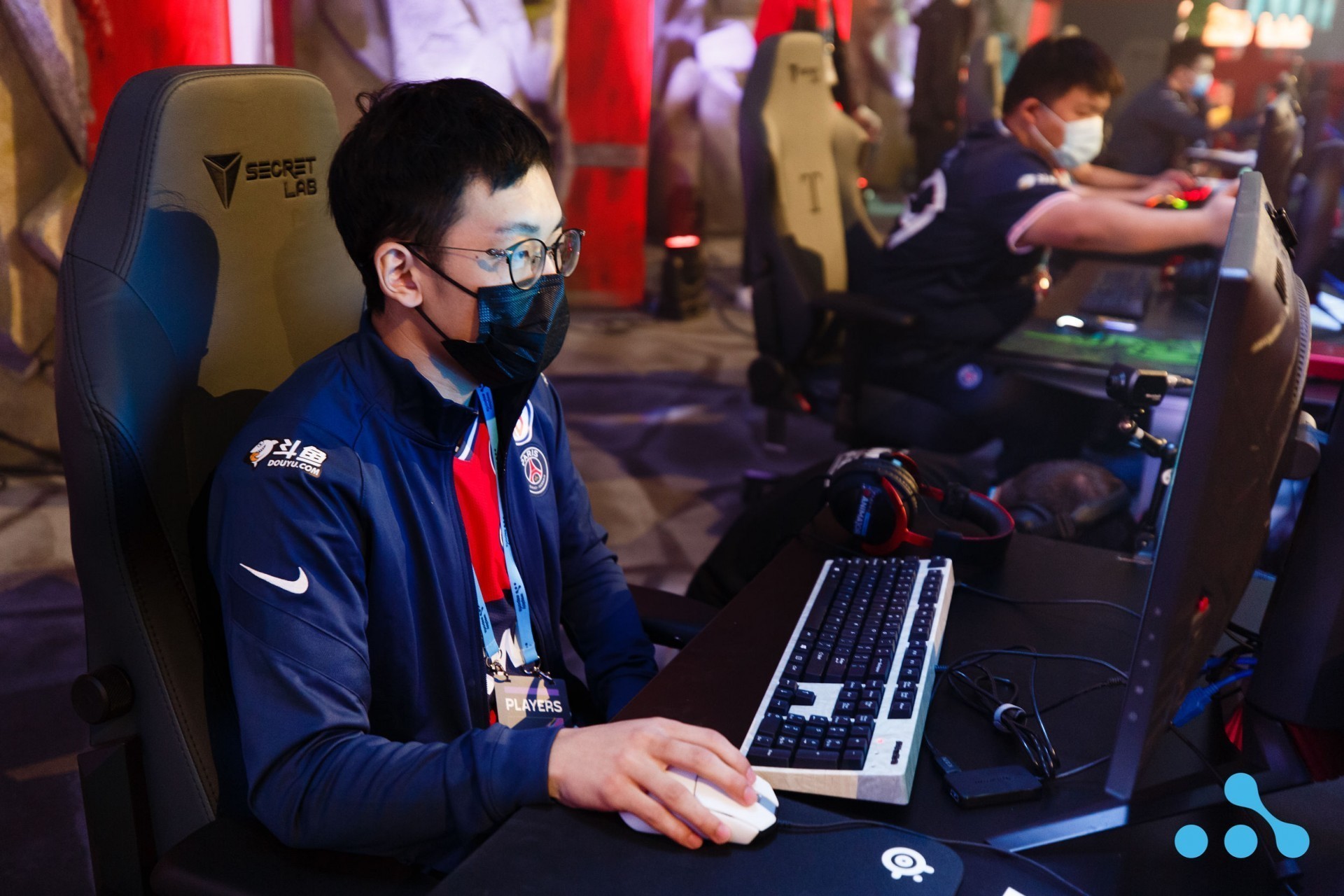 Traditionally the hardest section. There are too many options and the outcome depends not only on the performance of the teams, but also on the shape of the individual player and opponents. In addition, four sections are once again tied to the records in one match.

Let's start with the most bloodthirsty ones: most likely, this is an active carry or mid laner that the team is playing on. One could recall the 1+4 system in teams from Peru, but they will often lose, and we need favorites. For example, Abed or Ame, maybe Topson or Emo. Some of them can be put in the next section, but we are talking about one unusual match, so the choice is much wider.

These same players die the least. CIS players also like to play "for the score", so you can even choose gpk or TORONTOTOKYO if you are sure that they will not lose much.

The main assistants are usually active supports: EG.Fly, VP.Save, YapzOr from Secret or XinQ from LGD. But anyone can be in the next section, for example, SabeRLight- from Team Undying who picked Zeus. Although supports have more chances. 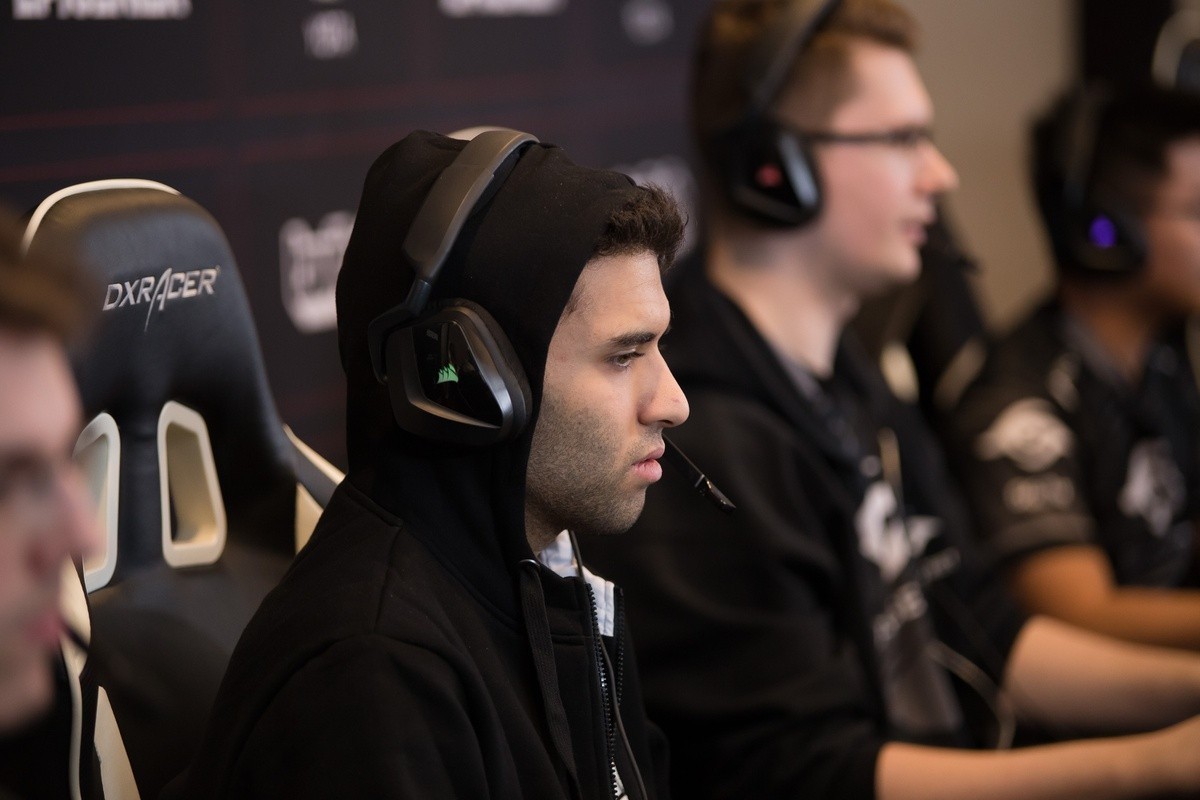 Creeps are finished off most often by carries, and we need those who will play successfully. We advise you to choose between Arteezy, Ame and Suma1L and MATUMBAMAN. Nightfall, Nikobaby and Monet like to farm, but chances are that their rivals won't let them.

The GPM mechanic (average gold earned per minute) works a little bit differently. Here it is important that the player finishes the matches faster, keeping the maximum pace. The Chinese prefer not to take risks, and VP may not have enough experience: so the Secret, OG and EG players remain.

In the last section you need to choose a player with a good pool who stands for a brave and strong team. Some people think that most of the actual characters are available to players of positions 3 and 4 (zai, Ceb, XinQ, Cr1t), but such unique ones as Topson or NothingToSay should not be ruled out.

And the last one is the numerical records.

First of all, the level of the teams seems to be too different due to the indistinct DPC of the season, so even in the playoffs there may be too many 2-0 results. So it is quite possible that between 45-49 and 50-54 it is worth choosing the former, although most people think otherwise.

Meta right now is very diverse, so teams will likely use as many different heroes as possible. At the last tournament they picked 114, so there are definitely 100+. But only 102 were banned at TI9. This is logical: either imbalanced or signature characters are banned for individual players, so there are fewer surprises. Here you have to choose between 90-99 and 100+.

The highest number of kills stops rising after an hour of the game. Even if the match continues for two more, the counter will hardly increase, as the teams are more careful. In addition, with the current meta you should not expect the games that are too long, so in sections 4 and 5 the result will probably be far from the high values.

At the same time, the game does not encourage matches that are too fast. If no one starts tilting and gives up too early, each match can be played for at least 23-25 minutes. But there will probably be one small exception. The same applies to records for deaths, assists and kills.

In terms of gold per minute, there is an eternal choice between 900-999 and 1000+. Let's make allowances for the fact that the Alchemist is not in the meta, and it will be difficult for other heroes to maintain such a pace at The International level.

Predictions of other pro-players, talents and streamers will also appear in this article. 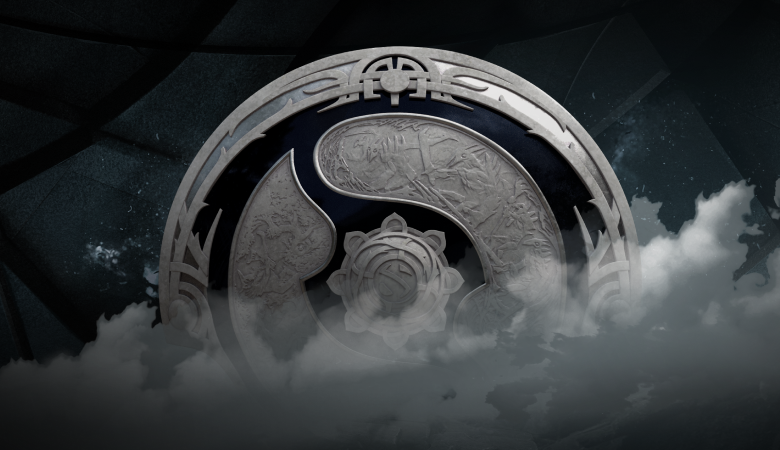