Forced is an indie role-playing game developed by BetaDwarf.

The players are slaves who are made to fight in a gladiator-like arena. These slaves are born in a nearby village to become fighters and are trained from a very young age. With the help of your mentor, Balfus, you will embark on a path of becoming the best gladiator and getting to the final guardian known as The Master.

Forced is an action game played from a top-down perspective. It is heavily inspired by the MOBA genre, yet it only focuses on singleplayer and its cooperative mode. The players select a weapon, which serves as a character class and has 16 abilities.

Four weapon classes are present in the game: Bow, Hammer, Knives, Frost Shield. The serve as a long-range damage dealer, deadly area damage dealer, fast melee attacker, and a supportive class. Just like in MOBA games, Forced features both active and passive abilities that are weapon class-specific. If a cooperative mode is played, the players have to choose different classes, as the game will not allow your party to play otherwise. The game also adjusts the difficulty accordingly if played in cooperative mode.

After completing each mission of the game, the players are awarded gems. These gems can be used to upgrade your weapons and unlock their new abilities. The players can get three gems max per mission.

2016
FORCED SHOWDOWN
All Games in the Series 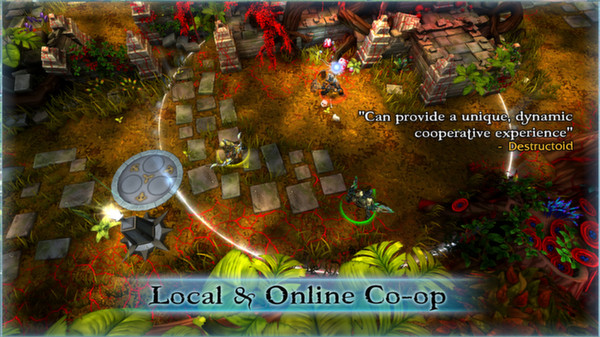 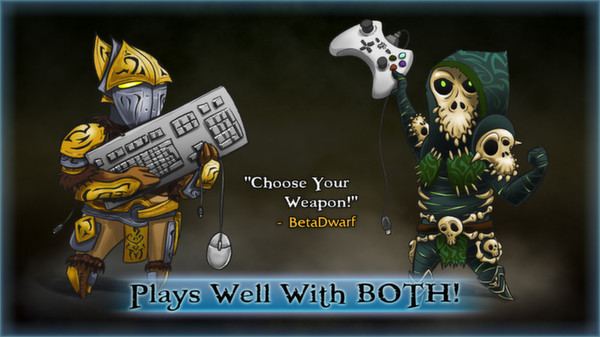 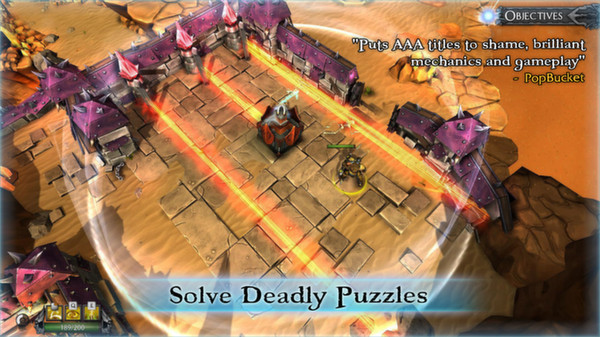 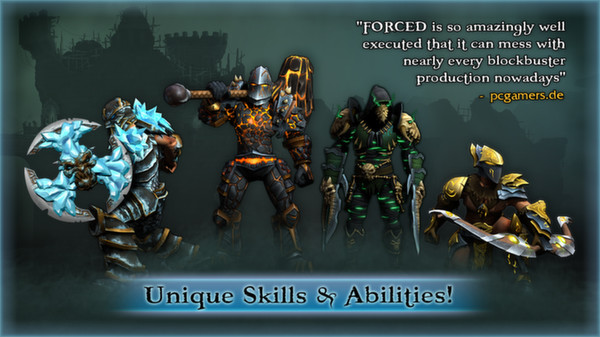 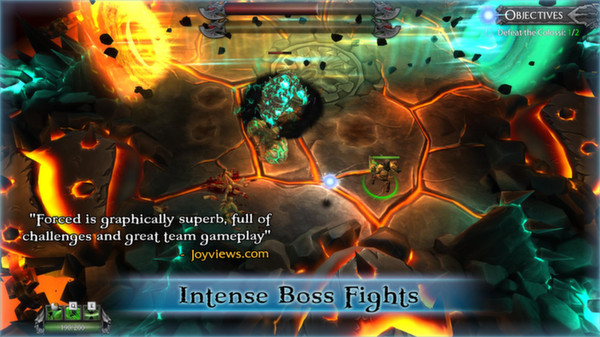 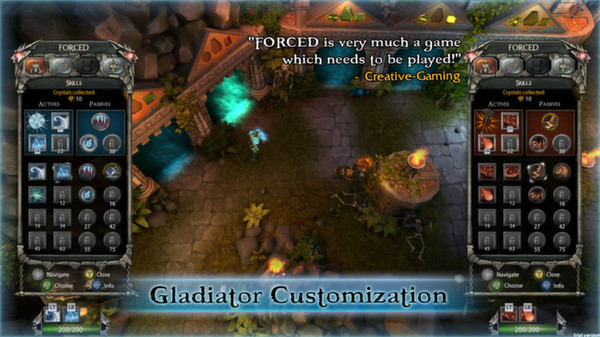 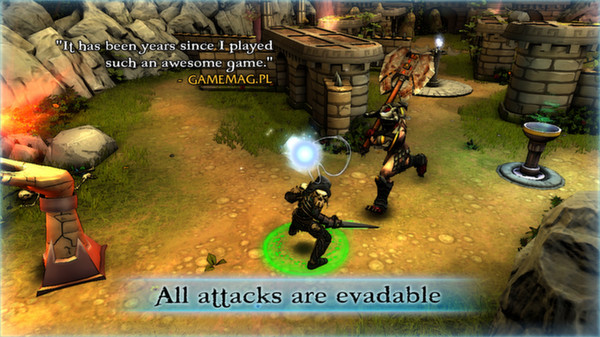 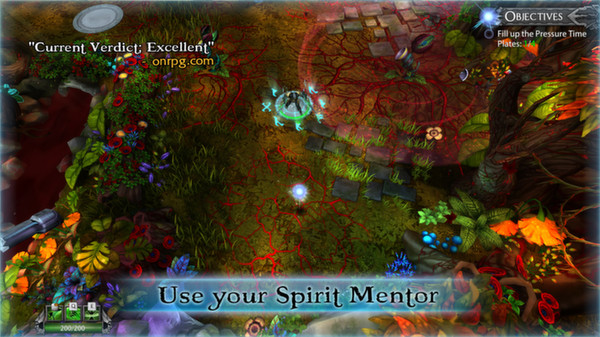 Lara Croft and the Temple of Osiris
Action
Adventure
Puzzle