Hero Academy is a two-player turn-based tactics game. The game is the first release in the series.

In Hero Academy, the player takes turns moving units on board and attacking enemy assemblies. The goal is to be the first to destroy the other player's crystal or to kill all of the other's units.
Each battlefield consists of 9x5 squares; it is a lot like chess: the game is focused on strategy, it requires careful planning before each step. Each player has one or more crystals. Each turn gives five moves in the game. Units are played from a hand which is replaced at the end of each round; it is renewed with new units chosen randomly. Also, a player's hand can contain spells and healing liquids as well as weapons and armor. The leaderboard shows the player's progress, the last battle's scores. Customization includes teams lists, avatars, upgrades, and taunts.

The game contains six factions also known as Heroic Teams: Council, Dark Elves, Dwarves, The Tribe, Team Fortress 2, Shaolin. Team Fortress 2 and Shaolin are special editions; the first one is made for Steam users (now it is available on other platforms), the second one is for the Chinese players. It is referred to as the success Hero Academy had in China when first released. 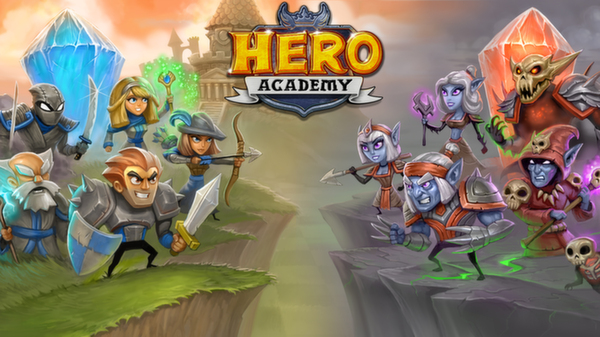 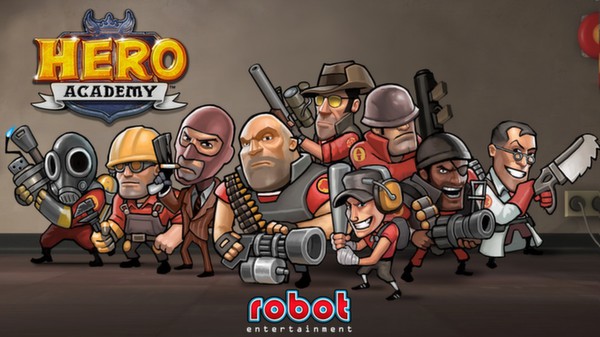 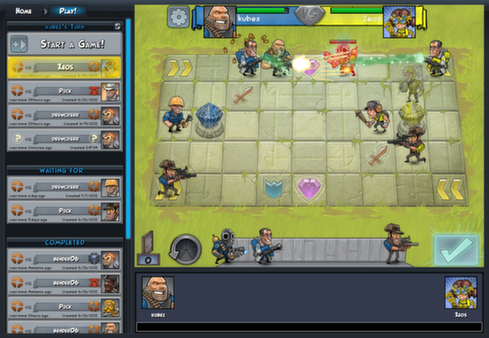 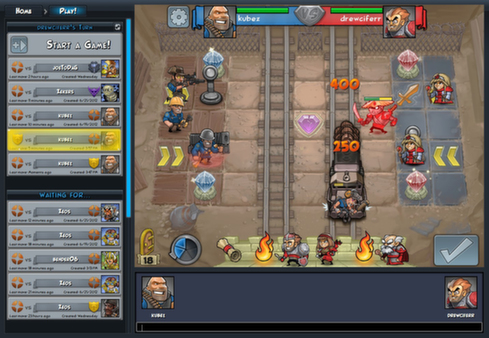 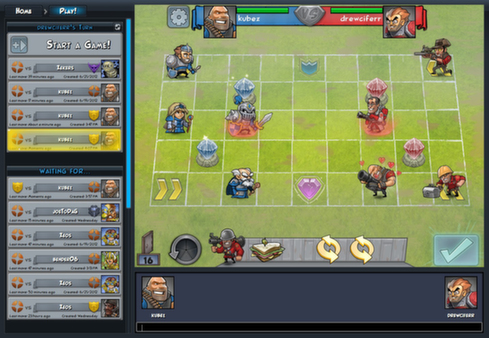