Nex Machina is a sci-fi game about fighting robots and saving humans. It is a spiritual successor to the 1982 arcade Robotron 2084. The original game's designer Eugene Jarvis consulted Nex Machina creators.

The game is set in the futuristic world that was recently taken over by a machines' uprising. The robots try to annihilate humans and send "Harvesters" to hunt for them. The protagonist is the last warrior who can stand up for the humankind.

The player controls his or her character from the top-down view. Nex Machina contains six worlds divided by 15 levels. Each world ends with a boss fight. The player's primary objective is to defeat enemies, but there's also an optional objective to save humans scattered around levels.

There are two main modes. In the Single World, the worlds are consecutive, while in Arcade mode, the player can choose which world to play this time. The game has a local co-op and a competitive Online Arena mode, but no online cooperative multiplayer.

The protagonist has several types of attacks. The regular gun can be upgraded by power-ups to increase its range and spread. There are also stronger additional weapons, such as a sword and an energy beam. The game aims to keep the action at a high tempo and puts an emphasis on the "flow" and timing. By using the character's attacks in the right progressions, the player can perform powerful combo movements. 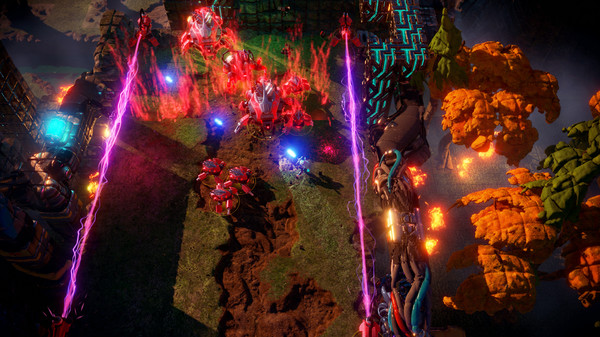 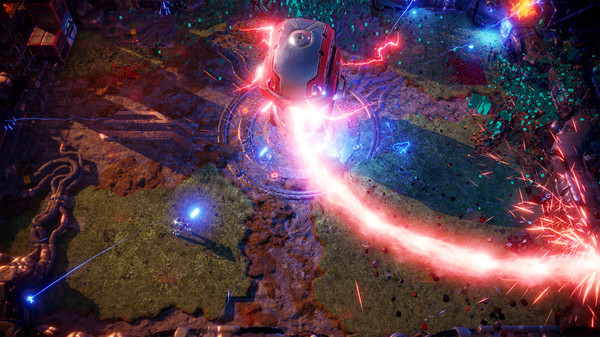 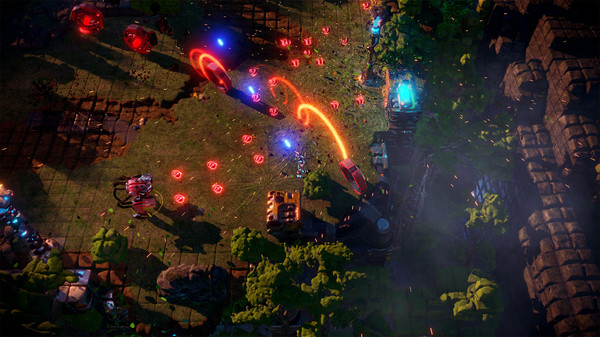 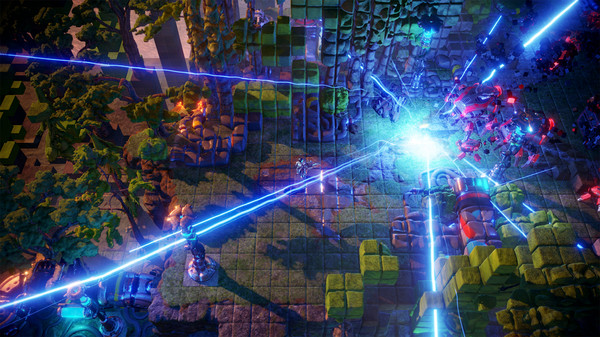 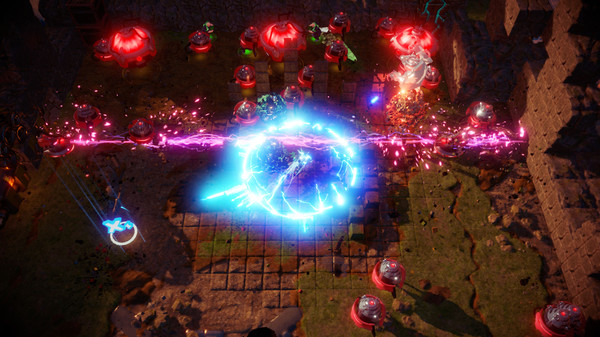