Risk of Rain is an action platformer roguelite developed by Hopoo Games and published by Chucklefish in 2013. Hopoo Games was at the time composed of only two students from the University of Washington : game designer Paul Morse and artist and programmer Duncan Drummond.

The player is a survivor of the crash of the UES Contact Light transport space ship onto an unknown planet and must fight the hostile residents to find their way back. Over the course of a run, the player will gain experience levels and find a multitude of items to improve their abilities and eventually become immensely powerful. However, difficulty constantly increases with time and death is permanent. Through various achievements, they can unlock new items that will appear in future runs as well as 12 different playable characters. They can also learn more about the lore of the game through collectible logs regarding monsters and items.

While lesser known, Risk of Rain was one of the games that contributed to the launch of the roguelite trend between 2010 and 2015. It is notable for its unique gameplay mechanics such as item stacking and looping, its gratifying endgame, its approach to storytelling, its art direction and its soundtrack composed by Chris Christodoulou. 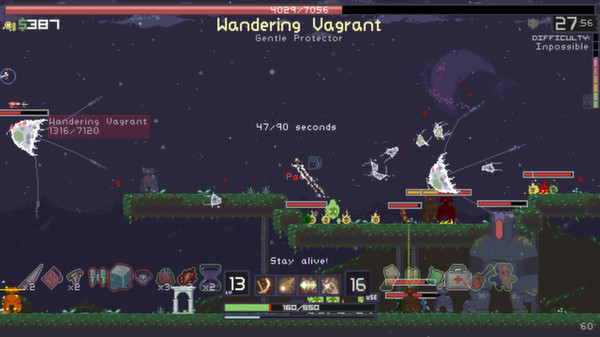 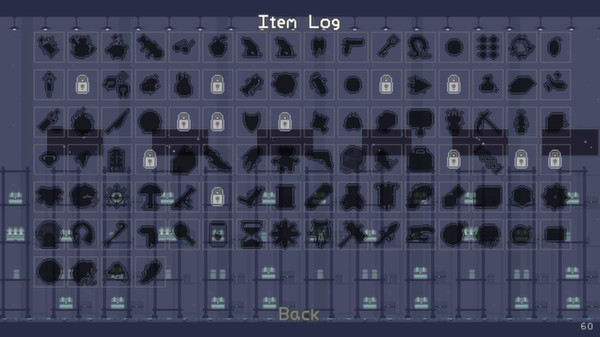 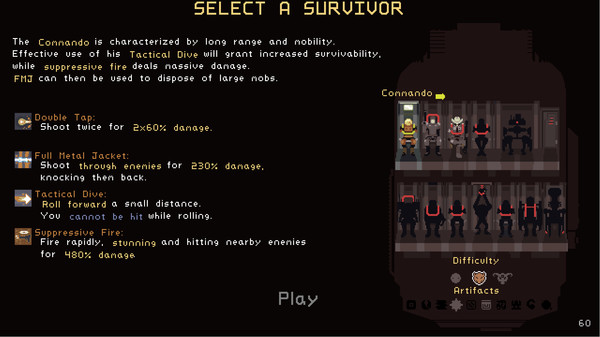 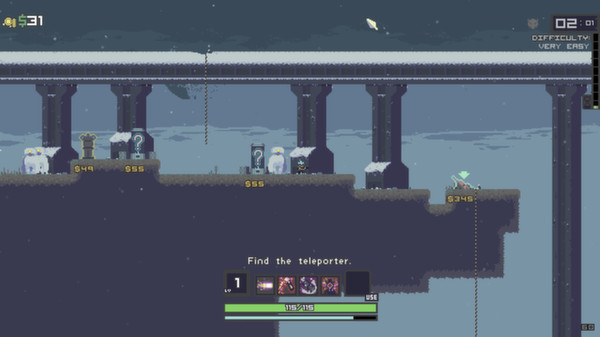 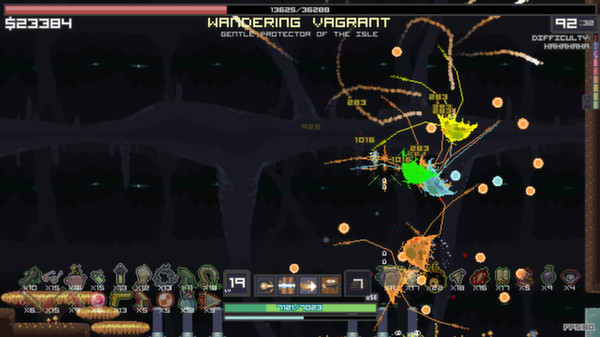 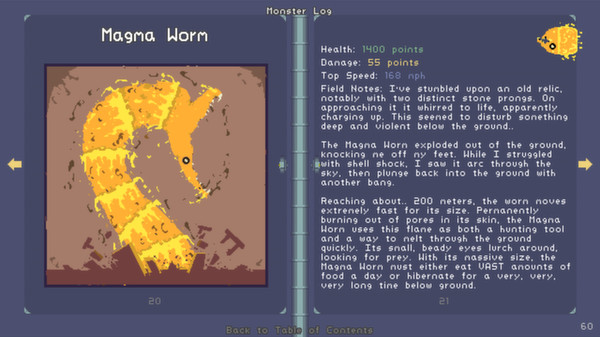 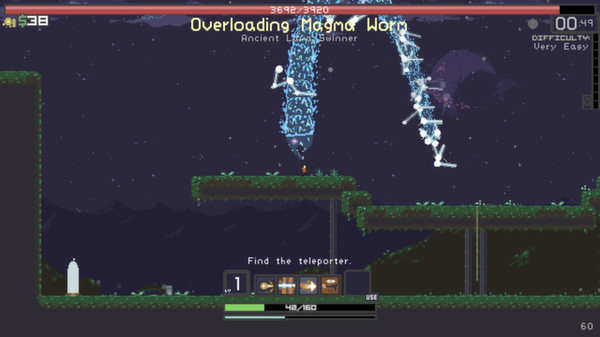 Games similar to Risk of Rain