Like in Smash Bros., instead of a traditional fighting game arena, a game of Rivals of Aether takes place on a stage that could be compared to a platform game level. Instead of a health bar, damage is represented by a percentage. The higher the percentage, the further a player will be knocked back when hit. The goal of the game is to knock other players out of the screen using a varied moveset. Two to four players can take part in the same game, in a free-for-all or a team battle.

Rivals of Aether differs from the Smash Bros. series in that, instead of having Smash Bros.' enormous amount of content, it puts heavy focus on its competitive aspect. The game features a tightly balanced roster of 14 characters (including 2 guest characters) and every stage has an unique variation designed for competitive play. The game pulls the roots of its mechanics from the second entry in the Smash Bros. series, Super Smash Bros. Melee, famous for its competitive depth and aggressive gameplay (many advanced techniques from different entries of Super Smash Bros. are present, such as wavedashing, Reverse Aerial Rush or moonwalking, and the game is balanced with them in consideration), and tries to improve on them while cultivating its own original dynamics ; among other things, the classic shield has been replaced with a parry, which can stun opponents if it succeeds, at the risk of a significant recovery period if it doesn't).

The game has gathered a decently-sized competitive scene and is ran along with Smash Bros. at various major tournaments such as Genesis or Frostbite, in addition of having its own championship series and other tournament series, primarily in the United States.

As all DLC characters for Rivals of Aether have been released, a Definitive Edition of the game is set to release in the future, on PC, Xbox, Nintendo Switch and potentially PlayStation 4. 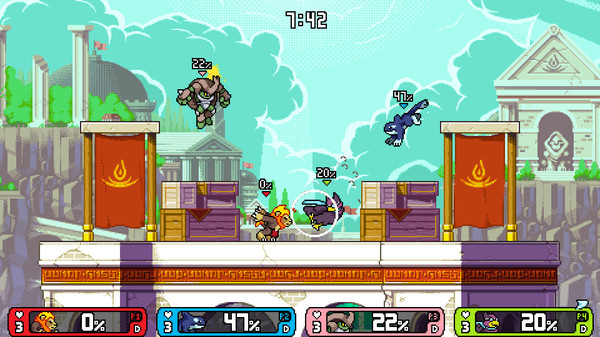 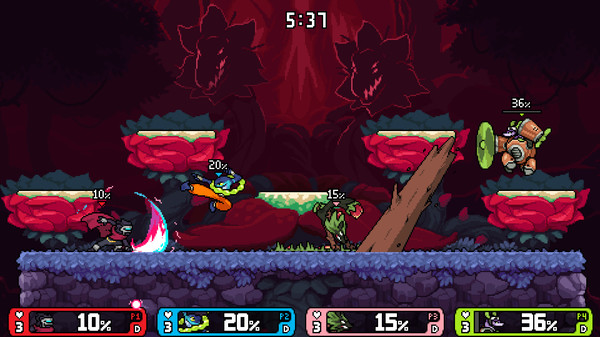 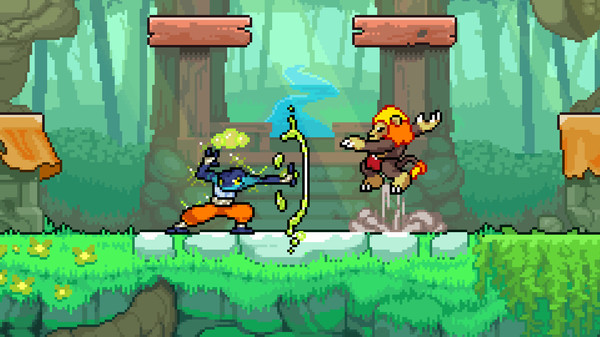 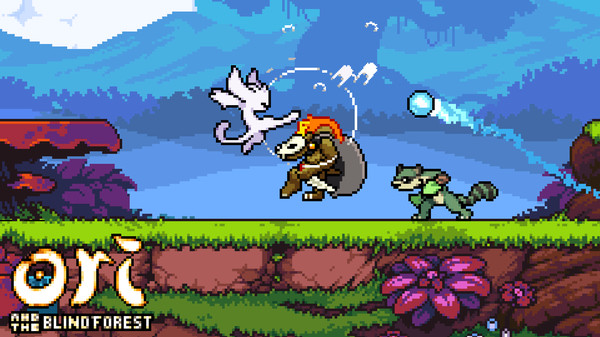 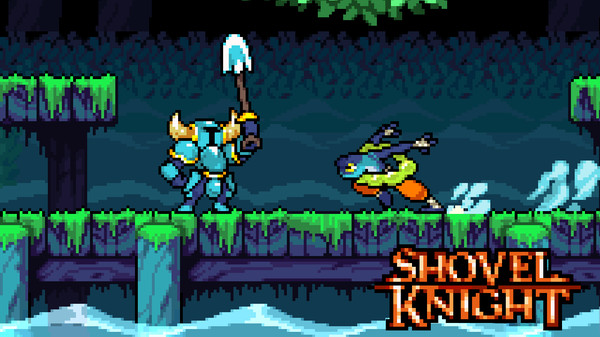 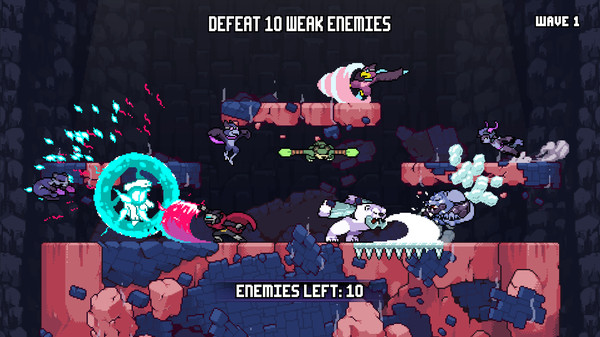 Games similar to Rivals of Aether