The Legacy of Star Wars Dark Forces™ and Star Wars® Jedi Knight lives on in the intense first-person action of Jedi Outcast.
As Kyle Katarn, agent of the New Republic, use your Lightsaber and the full power of the Force to combat a new evil plaguing the galaxy.
Wield over 8 Force abilities including the Jedi Mind Trick, Force Lightning and Force Grip.
Choose wisely from an arsenal of 13 weapons including disruptor rifle, thermal detonators, trip mines and Wookiee bowcaster.
Play on-line with 2-32 players or against a variety of AI Bots - and gain an additional 7 Force powers.
Test your skills in 24 single-player missions and in 6 different types of multiplayer games including Jedi Master, Holocron, Capture the Ysalamiri, Duel, Deathmatch and Capture the Flag.
Interact with legendary Star Wars characters such as Luke Skywalker and Lando Calrissian (featuring the voice of Billy Dee Williams as Lando.)
Developed by critically acclaimed Raven Studios and powered by the Quake III Arena engine. 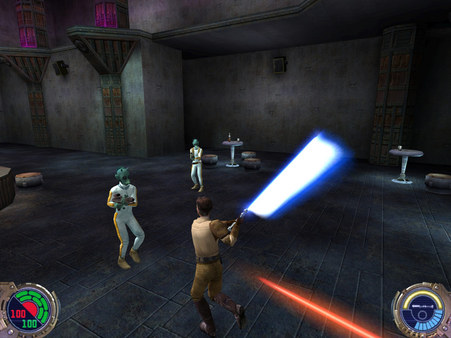 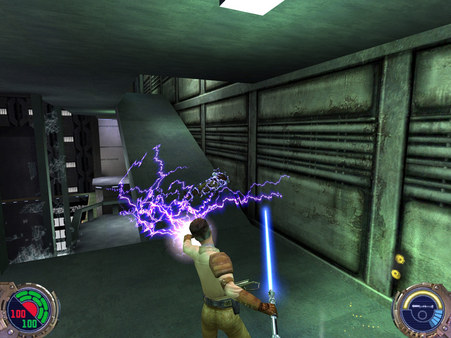 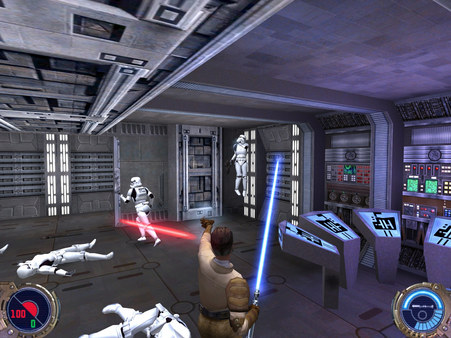 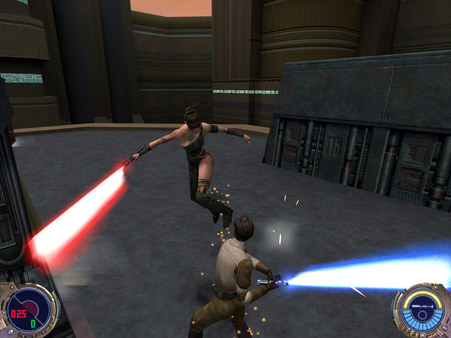 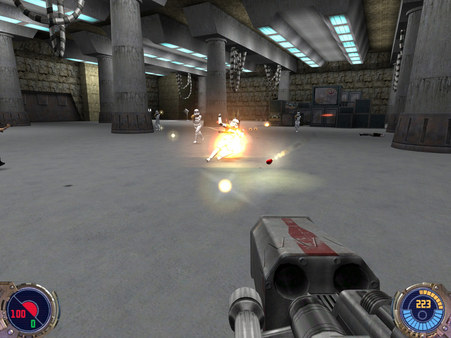 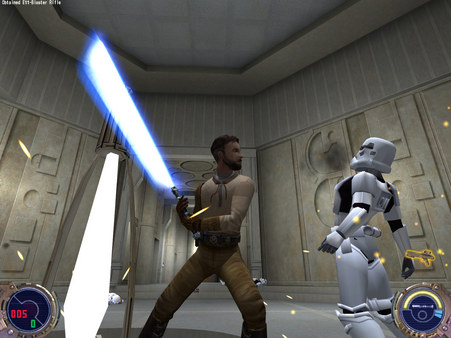 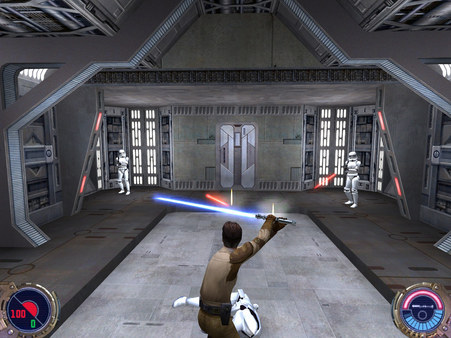 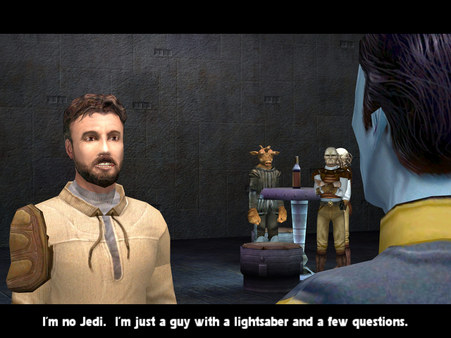 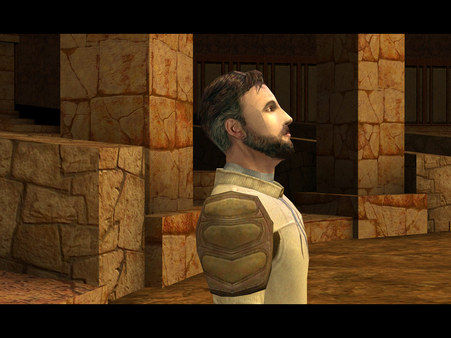 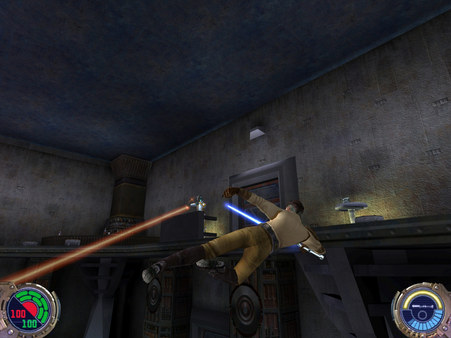 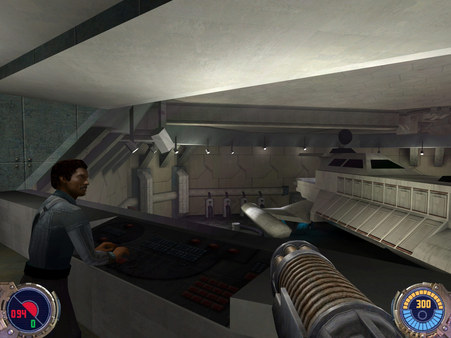 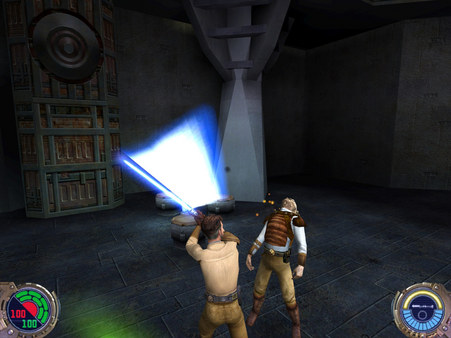 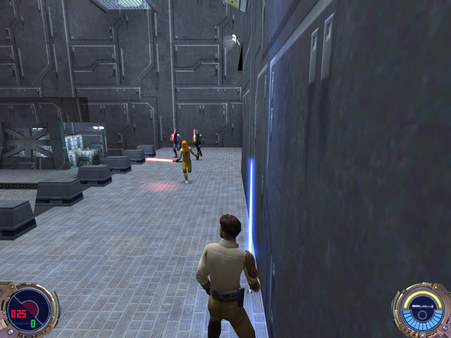 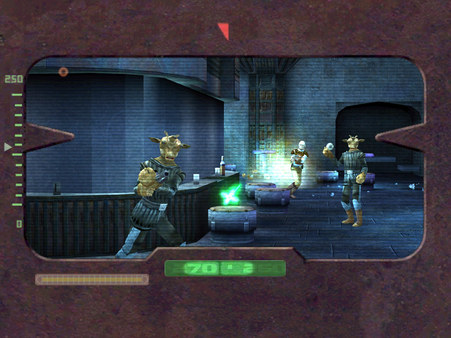