Stoneshard is a turn-based RPG that presents classic roguelike gameplay in a new way, welcoming for both newcomers and veterans alike.
You start out as an ordinary mercenary. Mighty forces have clashed over your once prosperous homeland, now ravaged by war, feud and famine. The Grand Magistrate is about to fall, when mysterious stranger makes you an offer you can’t refuse. Travel across the lands as a leader of the Caravan of Companions, as you gather followers for your cause. Along your path not only will you face hundreds of enemies, but also struggle with hunger, fear and pain - as well as internal conflicts within your company.
Travel across the lands of AldorExplore procedurally-generated lands and cities, liberate villages, plunder caverns and dungeons for fame and loot.
Lead the CaravanFind new allies and persuade them to join you as you build up the Caravan of Companions. Keep the morale high enough to avoid quarrels, and remember - each follower has his own goals, views and traits.
Become a true warriorAs you progress, your character will develop attributes, learn helpful skills and obtain traits and talents. Build a hero in a unique way that matches your playstyle!
Survive the overwhelming oddsGetting cut in half by a skeleton’s broadsword or having a ghoul rip your throat out are just a few among many ways to die in StoneShard - struggle with hunger, thirst, injuries, fear, insanity and various maladies.
Fend off invadersTry out the vast arsenal of weapons, equipment and enhancing potions. Take part in a fair, face-to-face combat, hunt down your prey using stealth, or cast mystical spells to vanquish those who stand in your path.
Pray for victoryMaintain balance between several rival deities or choose a single patron - and receive astonishing power for a terrifying price.
Die… to fight another dayThe player character only has one life, but his death won’t mean the end of the game - continue your journey with another hero as a leader of the Caravan, keeping part of your progress. 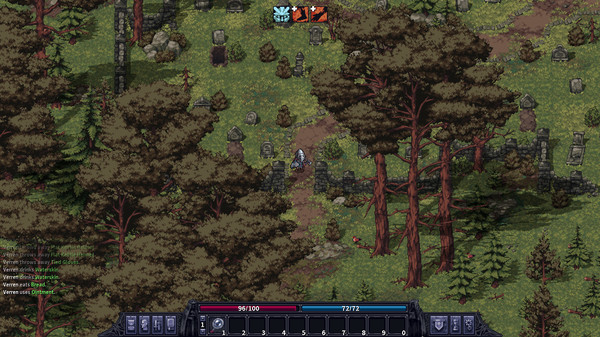 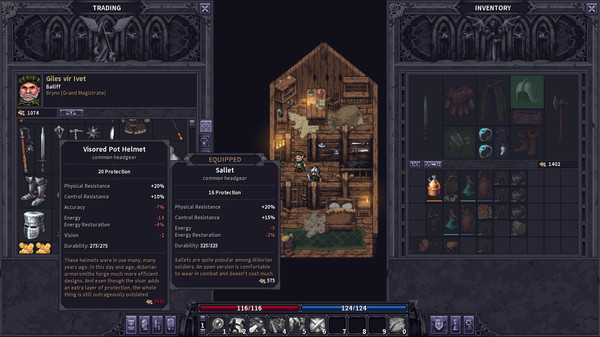 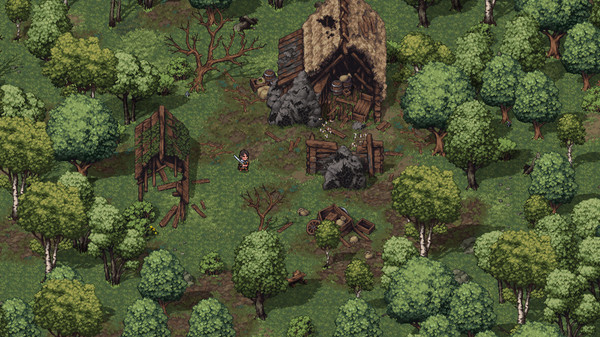 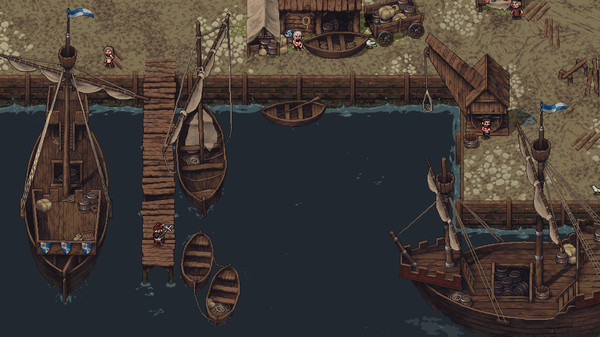 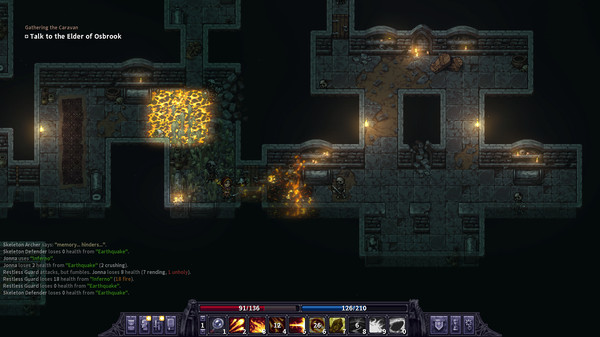 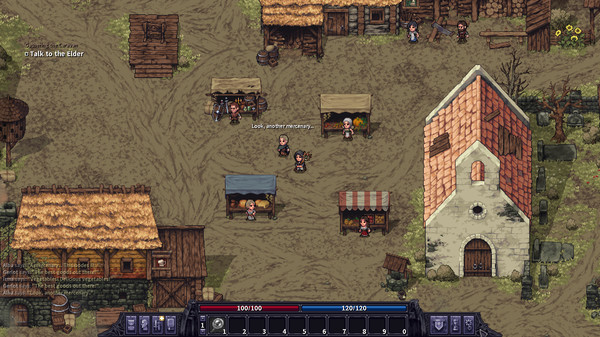 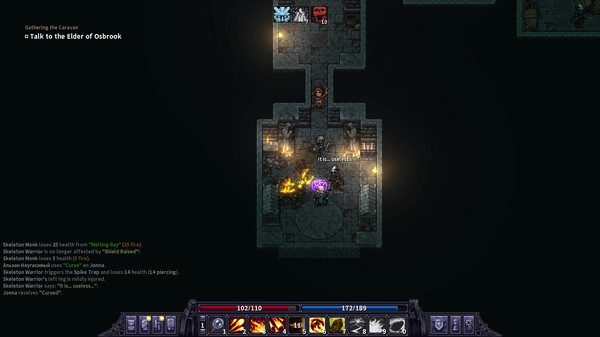 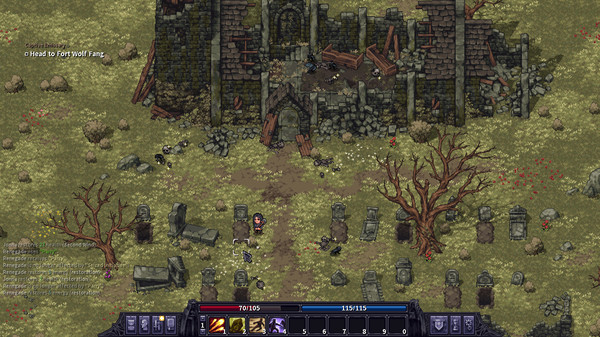 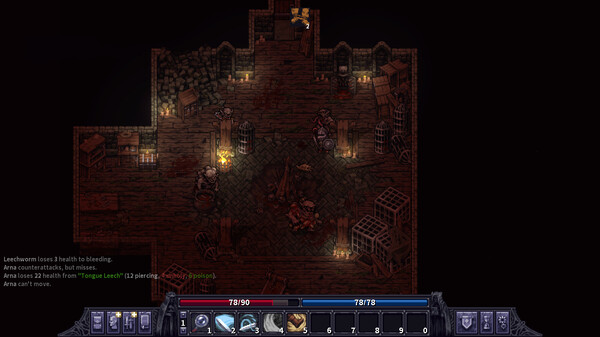 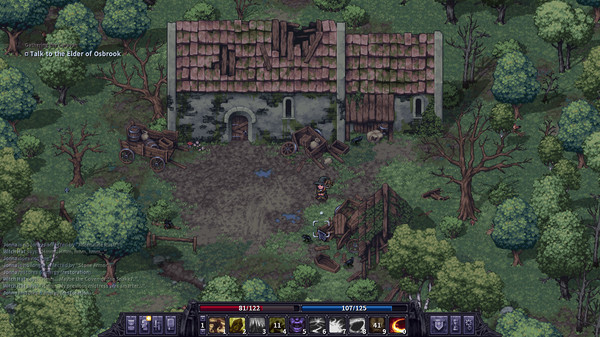 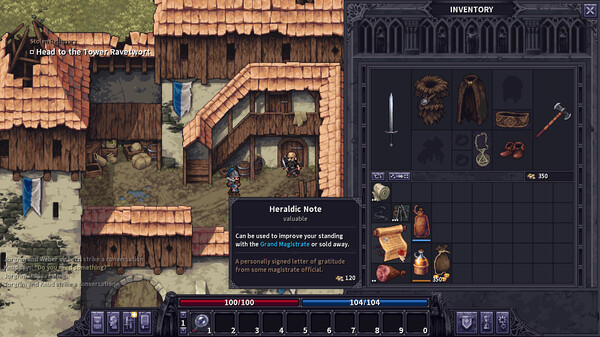 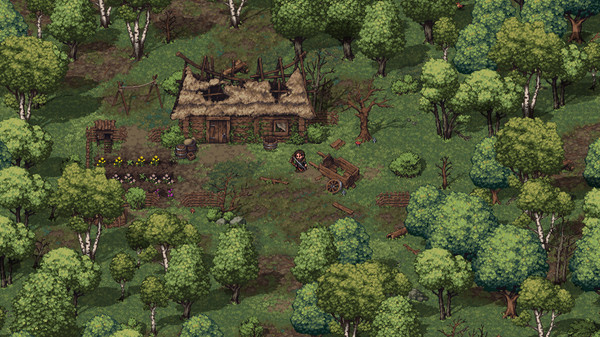 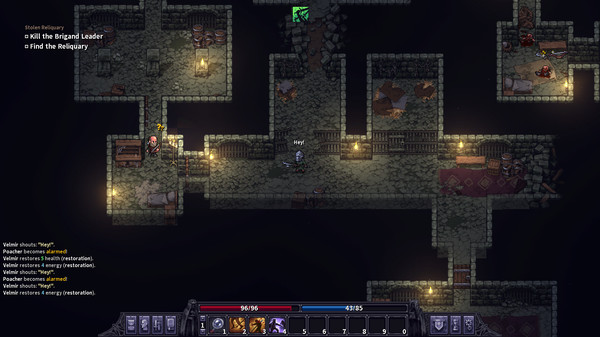 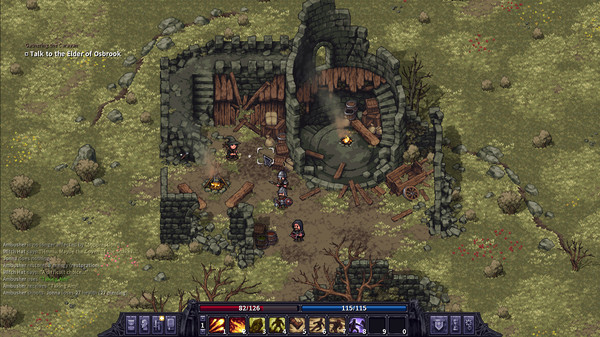 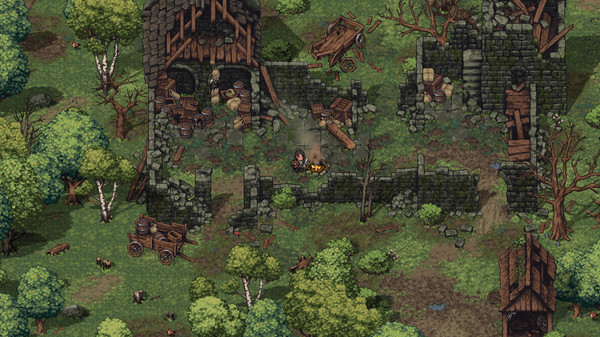