In the primary game mode, two pre-selected character teams battle with each other to destroy the Solar Collector of another team that is inside the enemy base. Both sides are making their way through fights, fighting live opponents, drones and turrets.
Each level adds value to the capabilities of the entire team - adds strength to attacks and health. At the beginning of the game, all these indicators are equal to 1, and by the end reach 20.
The game space includes health packages and Solar units - it is a currency that has circulation inside the game. The currency is added to each member of the team at each destruction of the enemy - regardless of who exactly the enemy destroyed. The accumulation of currency opens up other characters and the possibility of their customisation. Destroying the turret gives the team a super-drone, which is very useful when attacking an enemy base. 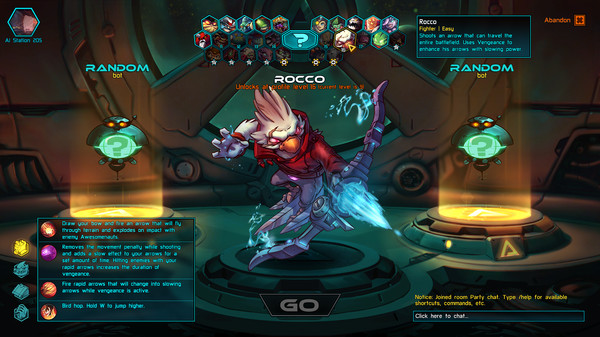 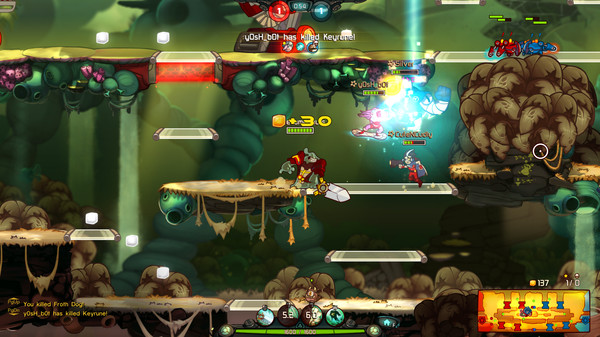 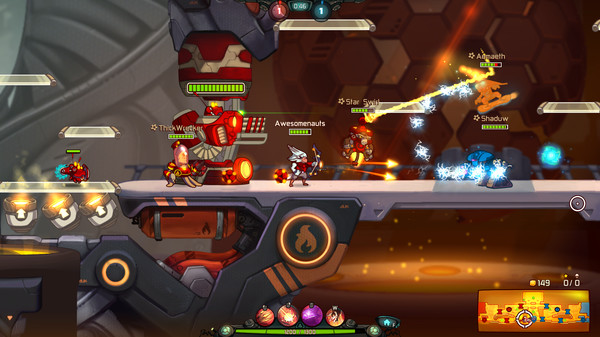 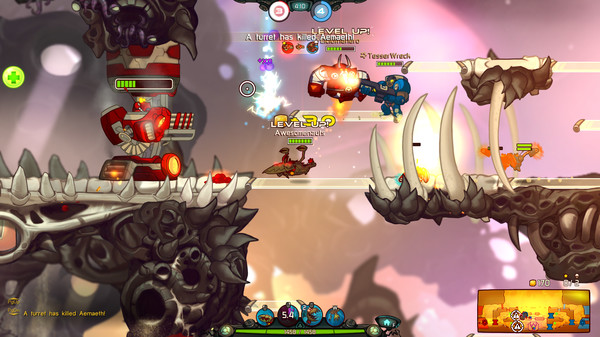 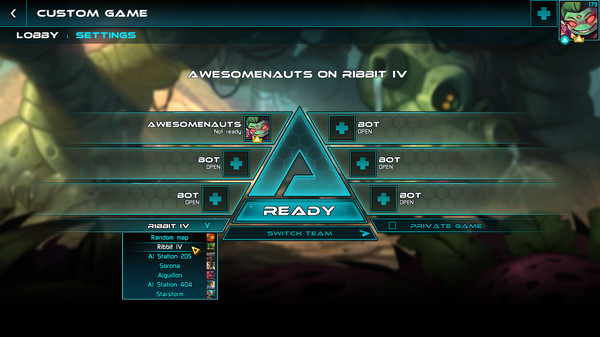 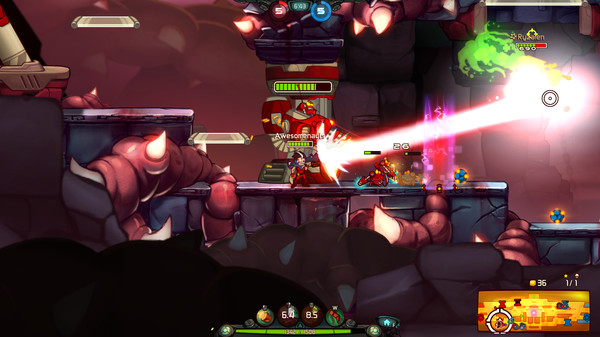 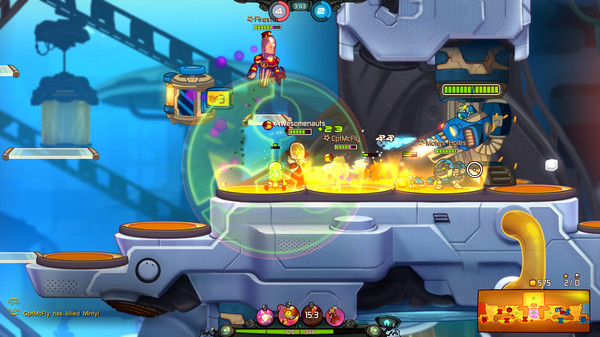 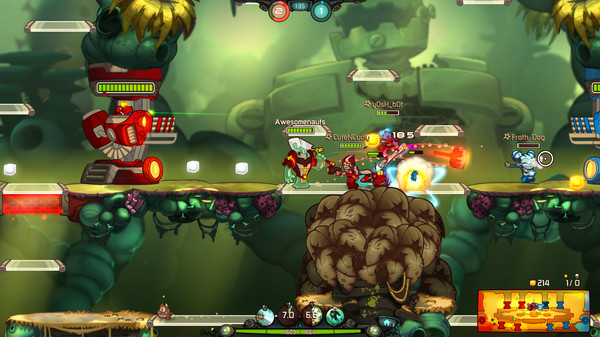 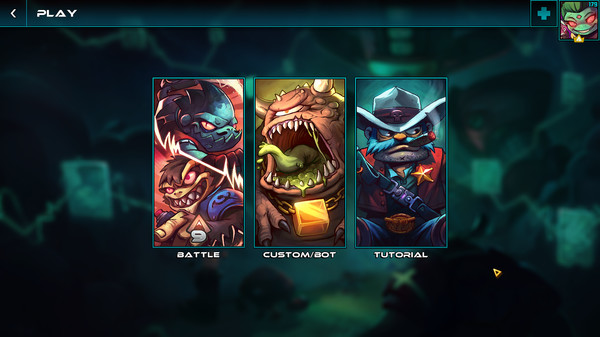 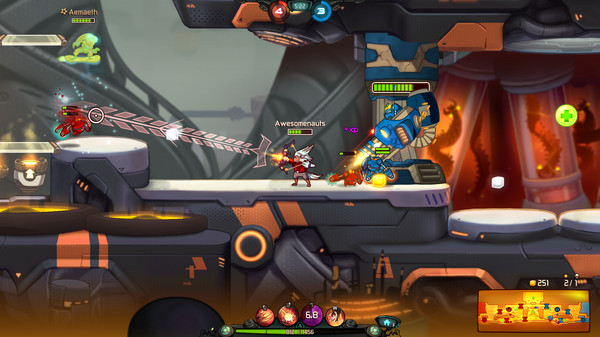 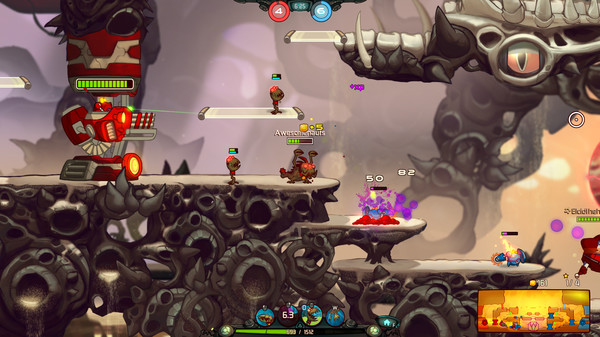 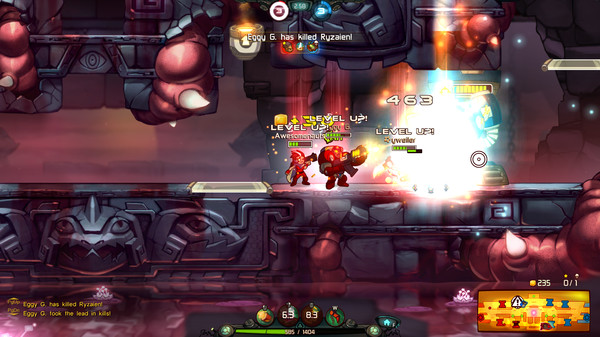 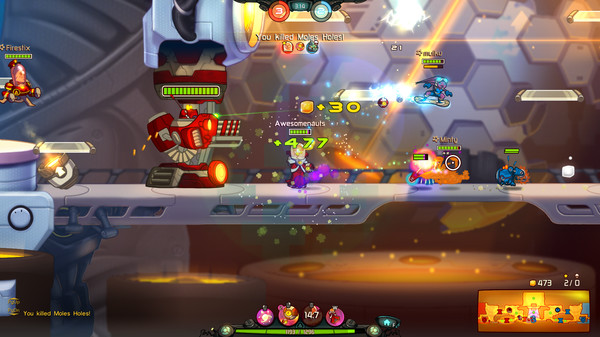 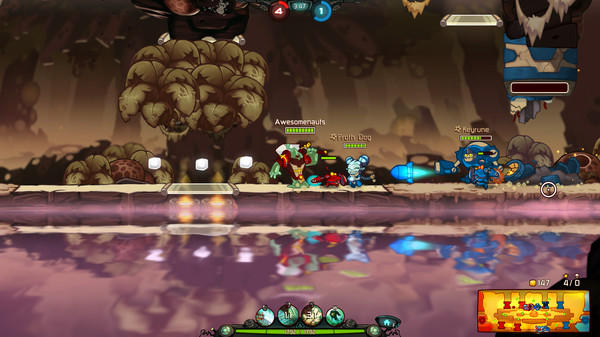 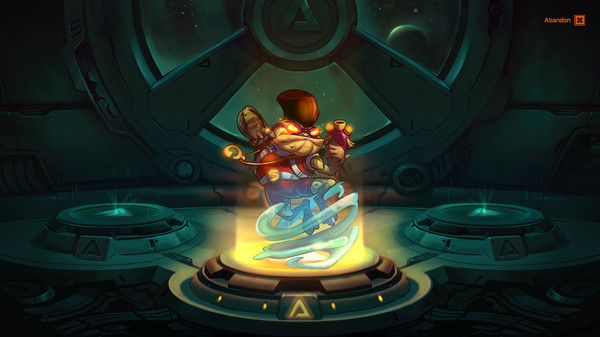 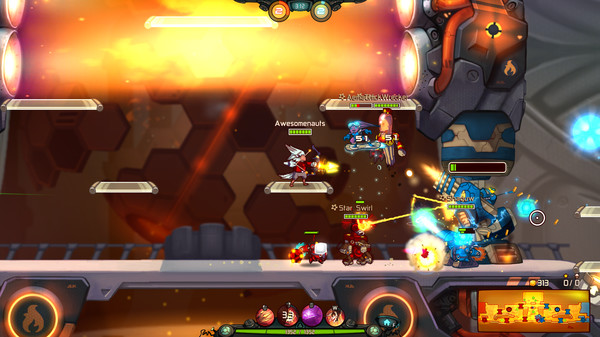 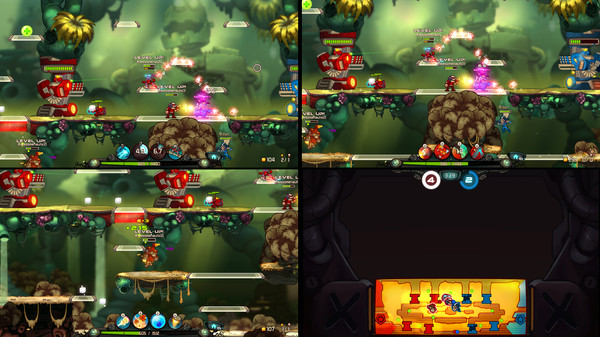 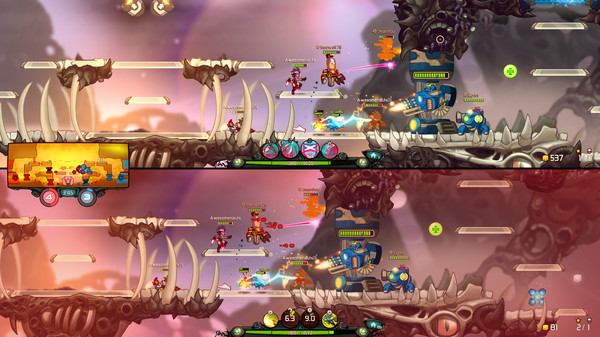 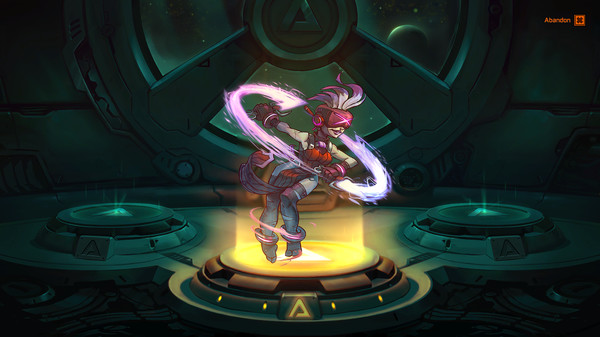 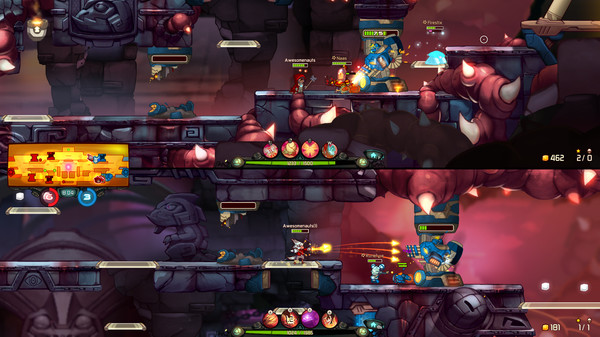 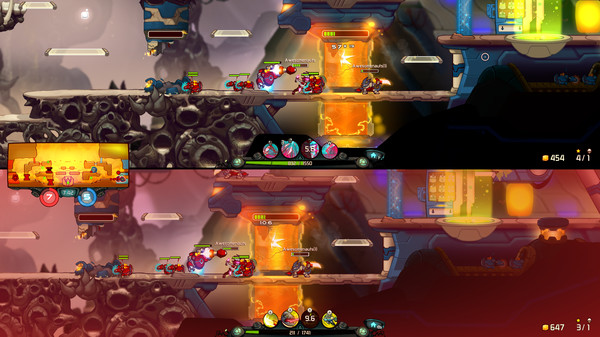 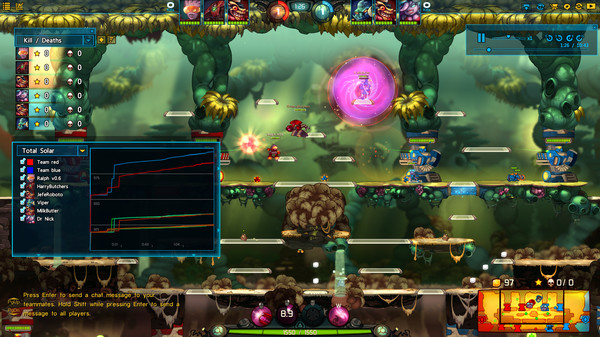