The game is played with cards on a special field. The goal of the game is to "kill" the opponent, laying out cards on the field. The game lets you compete with other players or AI.

The game takes place on an empty hexagonal field, two corners of which are occupied by avatars (against each other), and the other four corners are wells of Faeria (mana). Each player starts the game with thirty cards.

At the beginning of the turn, the player draws a card from their cards and receives three points of Faeria (mana). If by the player manages to take a well of mana, the player receives one mana point additionally for each well. The game also uses the Power Wheel, different cards have different potentials and affect the game in many ways. Laying out cards on the field also matters - laying out cards is regulated by the rules and gives as a result combinations of different strength and quality. Playing cards spends mana reserves, each card requires a certain amount of mana in reserve to play. And the enemy is harmed through a decrease in the health - the cards affect this figure. Victories give in-game currency to the player, which they can pay for new cards with and make the stock of cards unique. 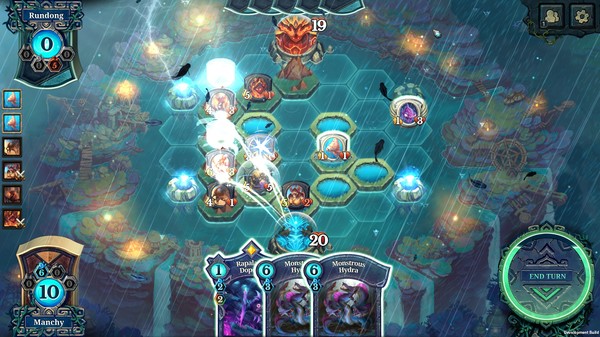 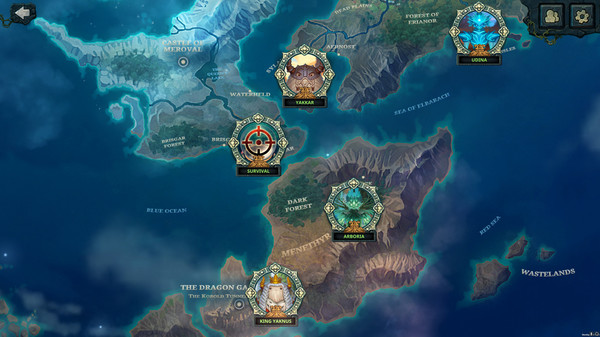 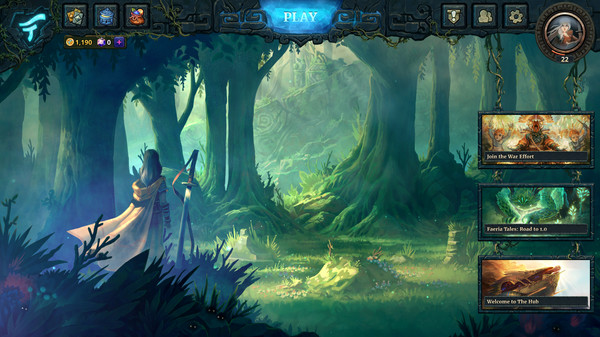 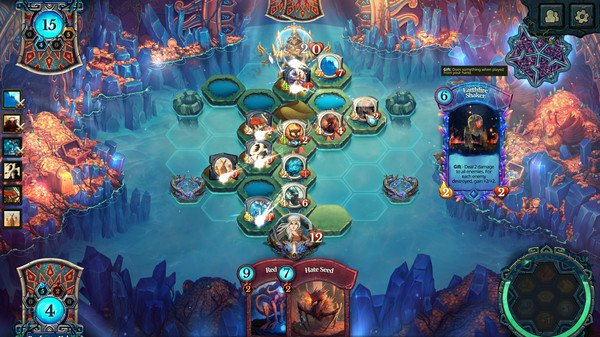 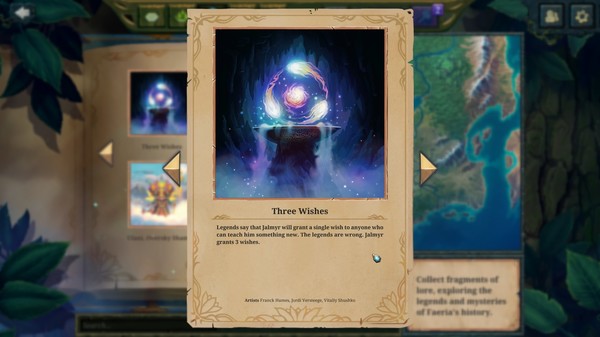 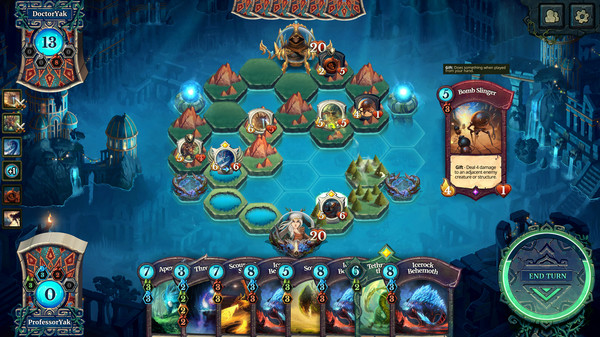 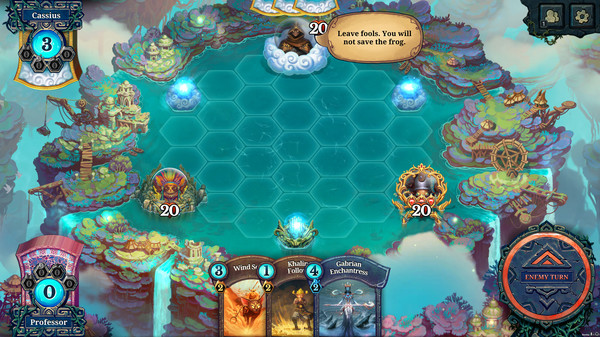 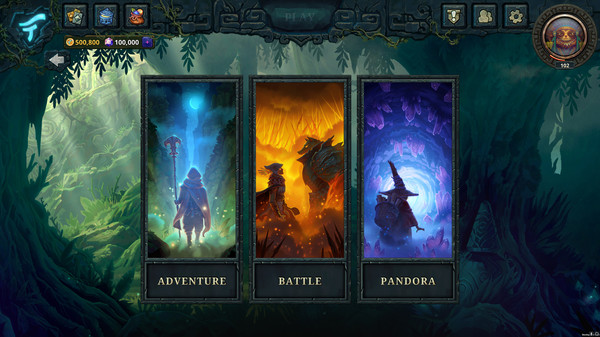 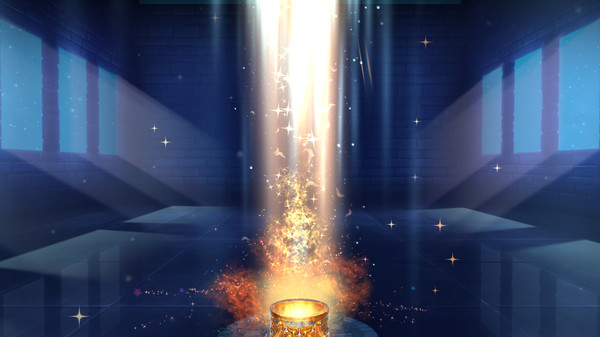 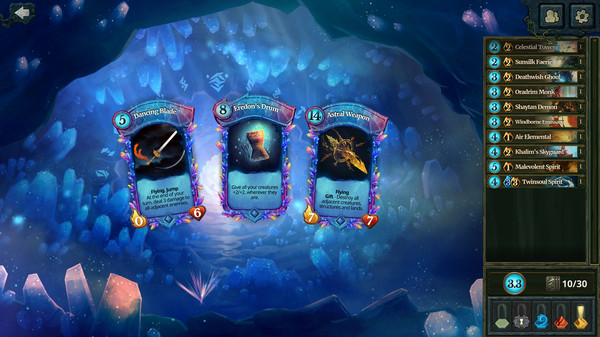 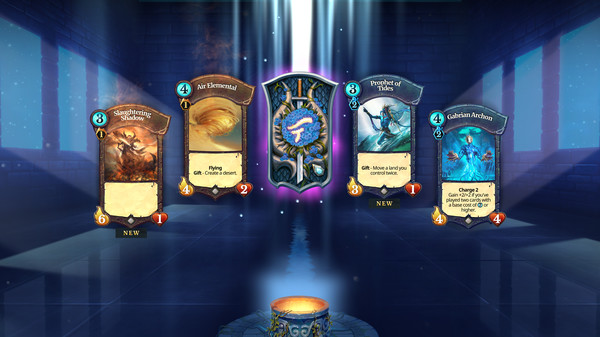 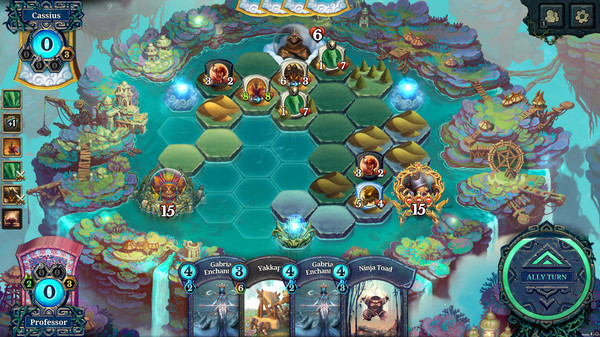