The gameplay repeats the one from the card game but is simplified. You participate in duels either with real players or AI opponents. Each player has a deck of cards consisting of lands and spells. To cast spells you need mana that lands produce. The duel stops when one player’s life is over. In the story mode you need to hold matches against an AI opponent using decks of five Planeswalkers.

Besides the story, there are several single-player missions and online duels. For example, you can test your strategy during the Two-headed Giant mode when four players split into teams competing with each other. 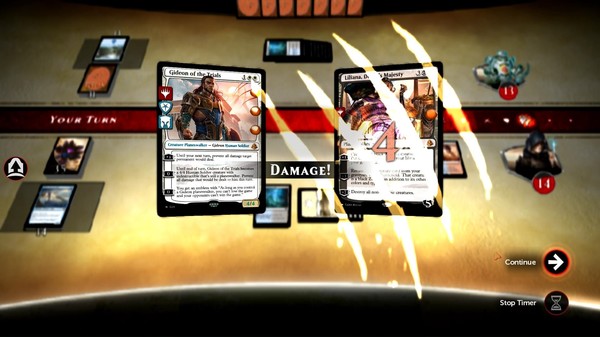 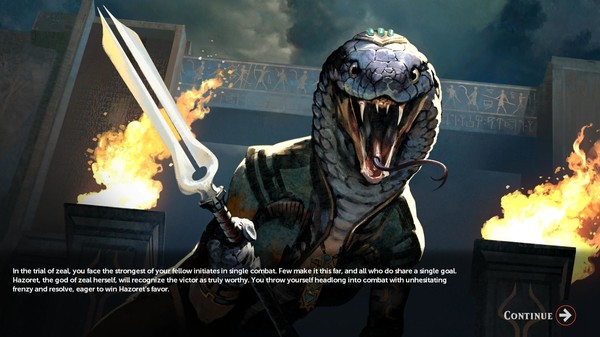 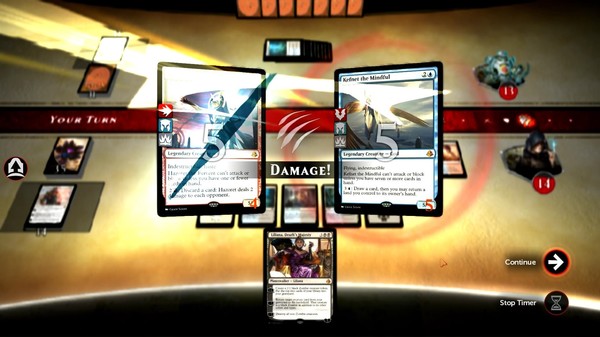 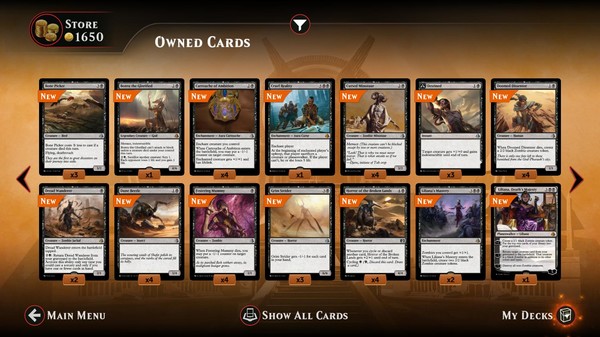 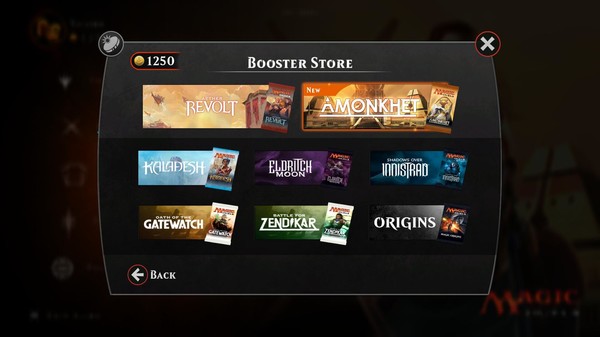