Nuclear Throne is a top-down roguelike shooter, set in a post-apocalyptic universe.

The game has a sole objective: to reach the famed Nuclear Throne. The player controls one of the many mutated characters. Each playable character is unlockable through levels, and has unique abilities, allowing for different approaches in every playthrough. Each level follows the same pattern: kill enemies, collect upgrades, kill a boss. However, there are many possibilities for a skilled player, as there are achievements to complete, and daily and weekly missions, which can have different objectives.

###Gameplay
Dying resets the game’s progress, while success opens up new mutations, weapons, and enemy types. There are five ammunition types, and many weapons share the ammo, so player often has to choose wisely. Mutations can be achieved through leveling up, with some available only to certain mutants, while others are free to choose from. Said mutations can emphasize on character’s unique skill, his weapon proficiency, or upgrade his stats.

The game’s pixel art design is made very distinct and unique, as the setting of a post-nuclear western can lead to great possibilities for artists. Each texture, albeit simple, is recognizable and well-made, and the stylistics further emphasize the work of game’s designers. The soundtrack is a mix-match of 8-bit samples and Wild West themes, resulting in a very immersive and entertaining playthrough. 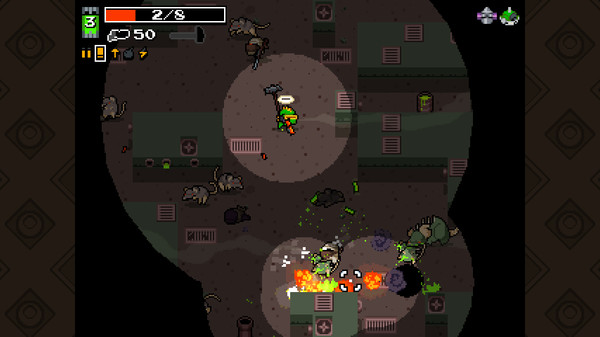 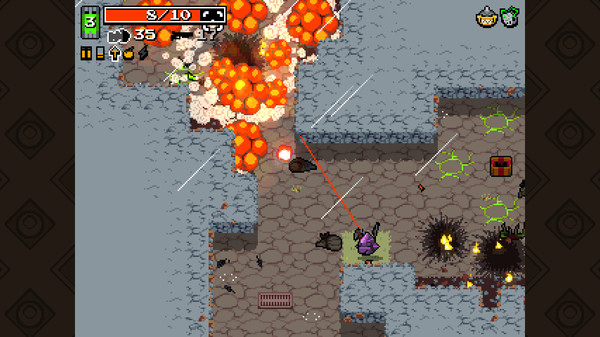 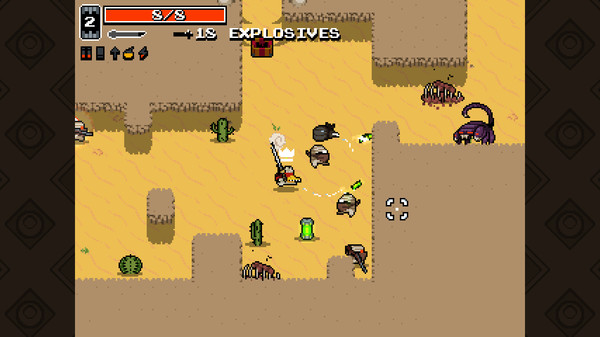 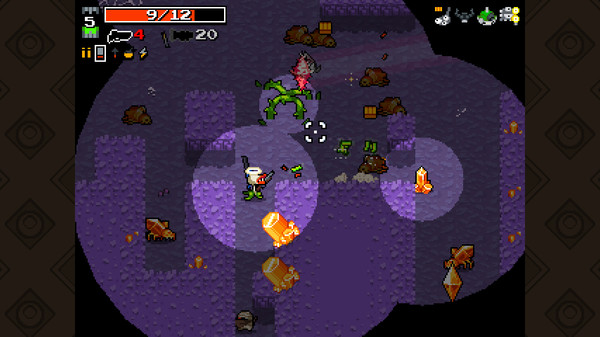 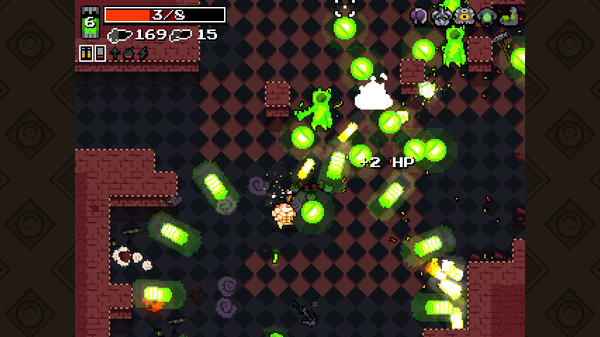 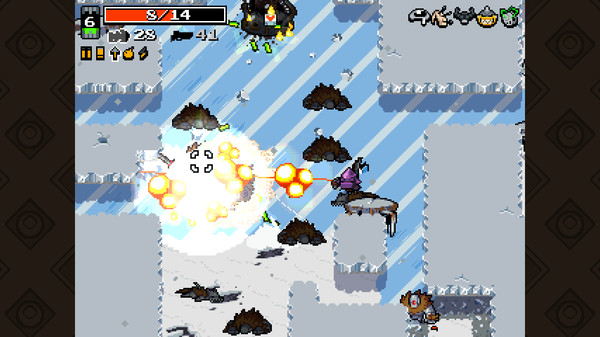 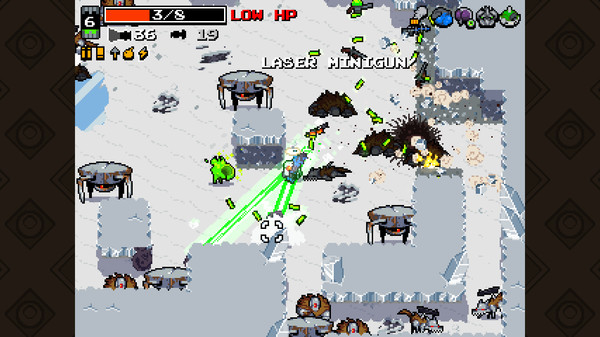 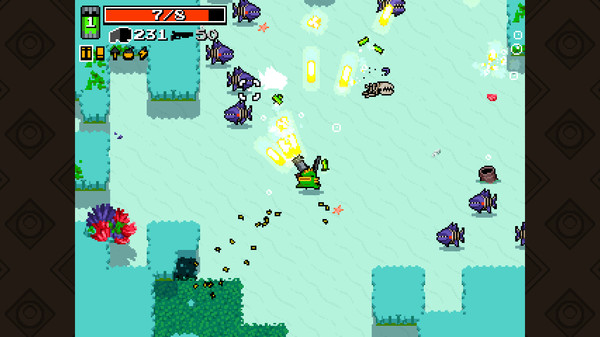 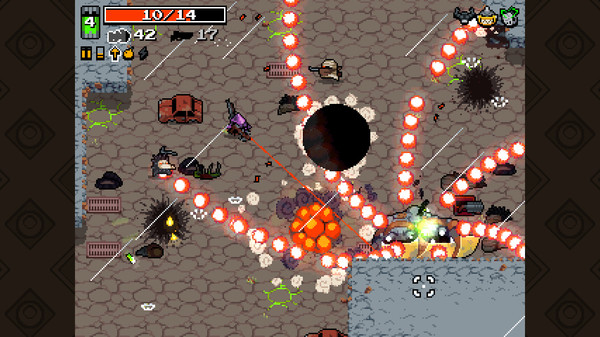