The creator of the game often travelled through Asia and made the observation that the work of an immigration officer checking documents for entry is simultaneously very monotonous and very responsible. The game reproduces this work - but scammers and unusual situations occur in it much more often than in reality. The task of the player-officer is not to make a mistake, not to let an unwanted guest into the country. He has power, directories, translucent devices, etc., but experienced masters of deception and fraud act against him. The task of the player is complicated by the fact that his country is like all the paranoid dictatorships at the same time. This country fears a lot, seeks to control everything and periodically generates various rules. The game has a lot of humour, a lot of exciting puzzles and unexpected twists, including shooting. The visual and musical design of the game reflects the bizarre world of stupid rules, constant fear and mutual distrust. 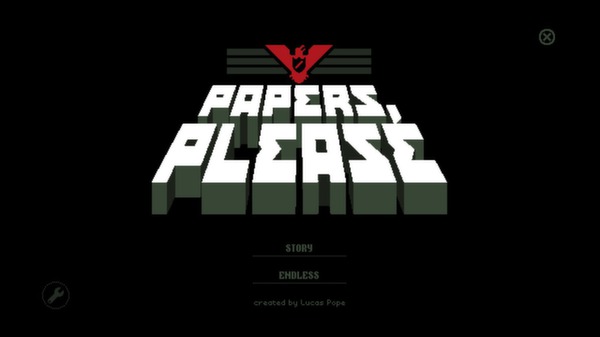 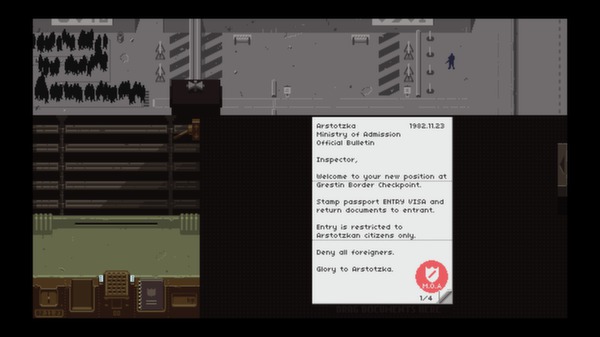 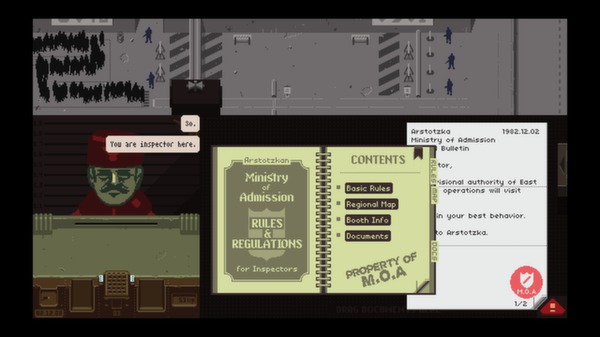 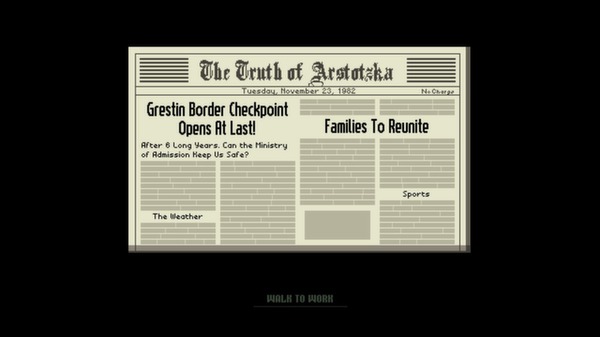 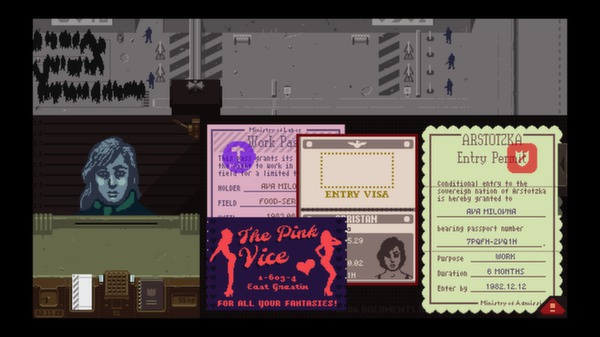 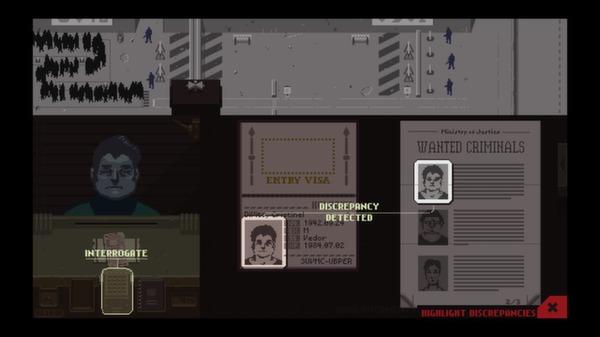 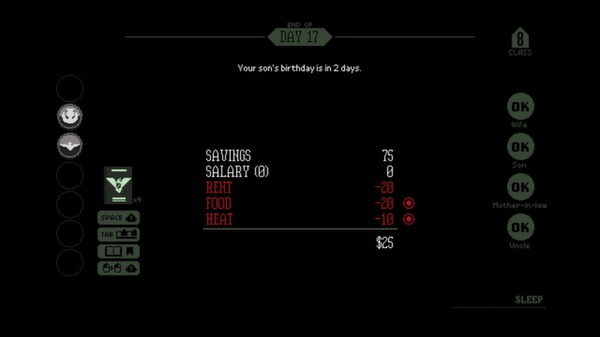 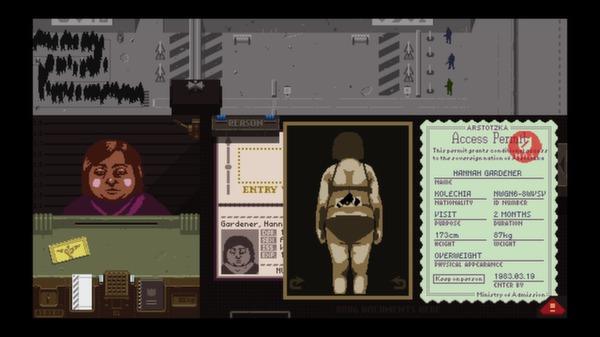 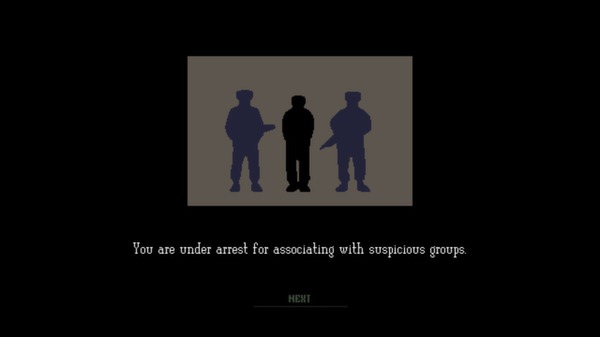 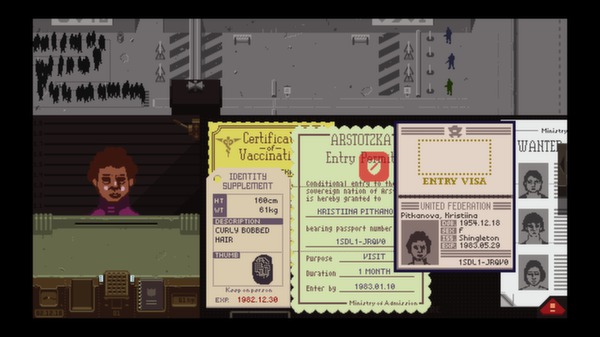 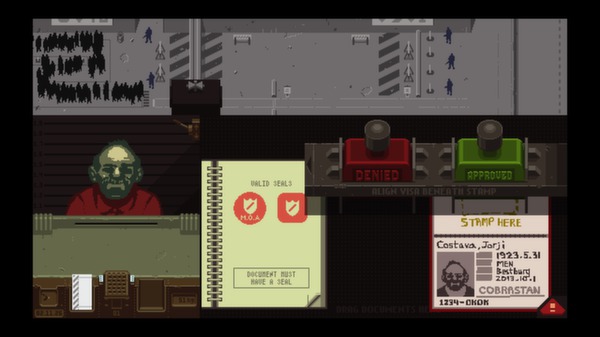 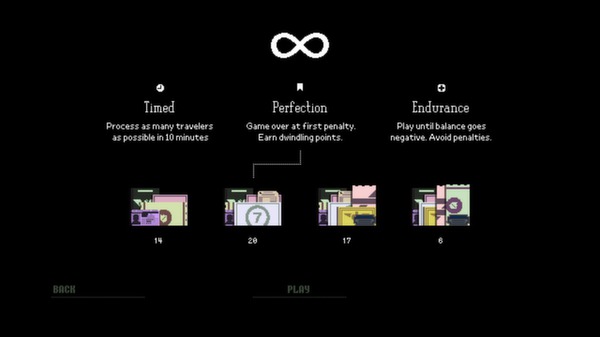 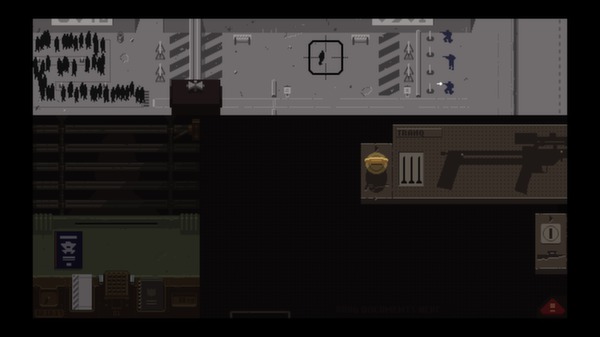 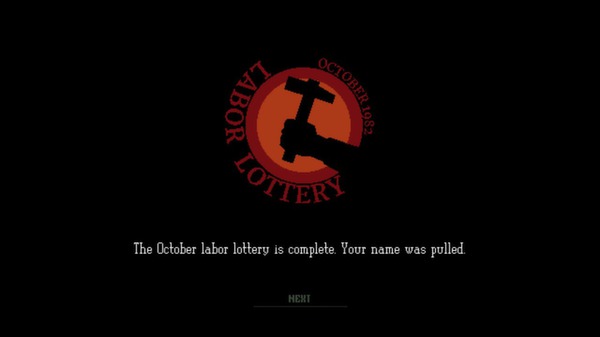 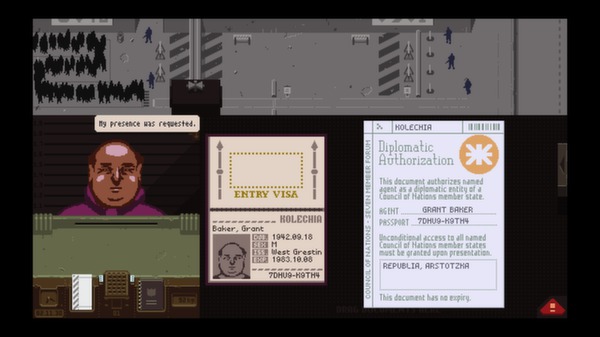