Several chapters of top-down shooter action, Hotline Miami is a violent game, where the player takes control of the unnamed man, that receives orders to clear out stages from bandits and mobsters, using every weapon he can get. Over the course of the game, the player will be able to collect the masks that provide buffs and abilities. Fluid and tight combat includes various melee and ranged weapons, that can be used as intended or just thrown at the enemy. Once Jacket, dubbed so for his distinct letterman jacket by fans, arrives at the mission, players will have to clear out every floor from the enemies, using rooms and doors for cover or ambushes. As the story moves on, Jackets mental health will visibly deteriorate, and he will be shown to suffer from hallucinations, which is in tone with acid 80’s theme.

2015
Hotline Miami 2: Wrong Number
All Games in the Series 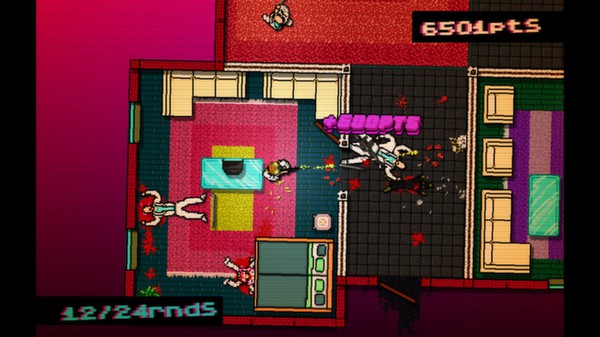 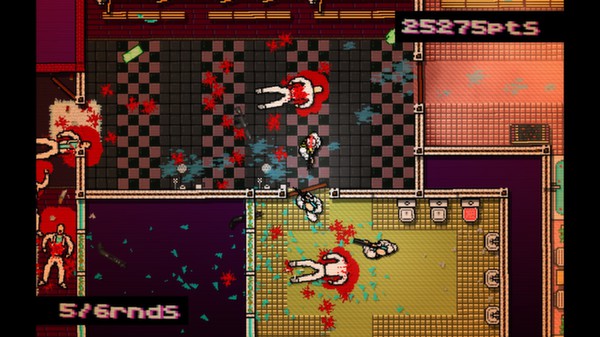 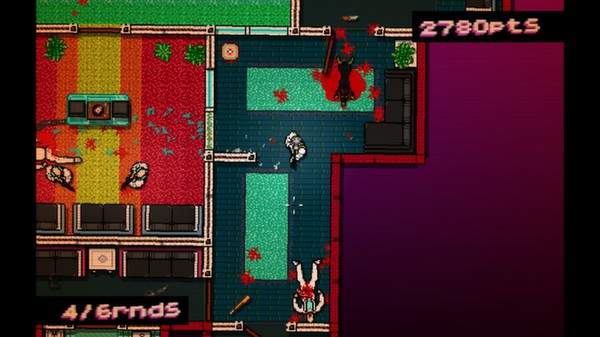 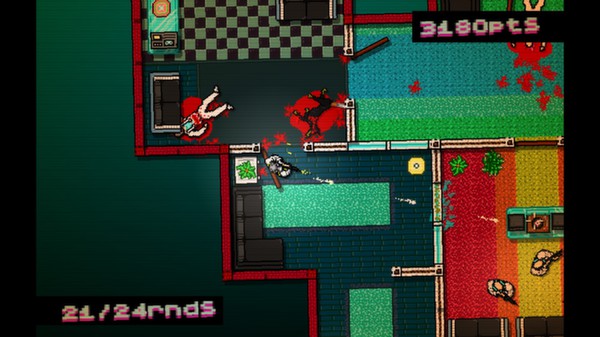 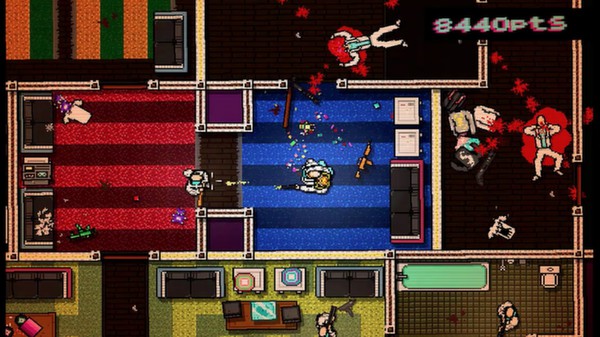