In a distant future, humanity is on the verge of total extinсtion after a long war against sentient artificial intelligence. Humans scrap all the resources they have left and attempt a last attack on the machines. You are a soldier of the resistance, an air force pilot who joins the attack.

The gameplay of Revolution Ace bares a close resemblance to classic top-down scrolling shoot-em-ups with several key additions. For example, the players are free to modify their plane as they see fit since a progression system is present in the game. You start off with a simple plane that can be equipped with new weapons and armor upgrades.

Since air, land, and sea enemies are present in the game, the plane that is piloted by the player is already packed with several air-to-land missiles and machine guns. Over 20 weapons are available for the plane. It is also possible to equip perks to obtain passive bonuses, such as an improved armor shielding or piercing bullets.

Unlike in classic shoot-em-ups, your armor does not go down with the first shot it takes. This was made to focus the player's attention on killing enemies rather than on dodging bullets like in bullet hell type of games. 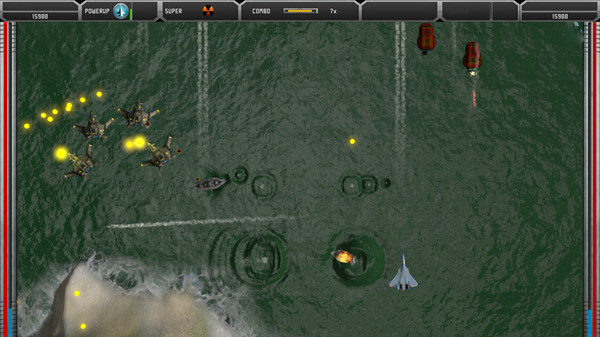 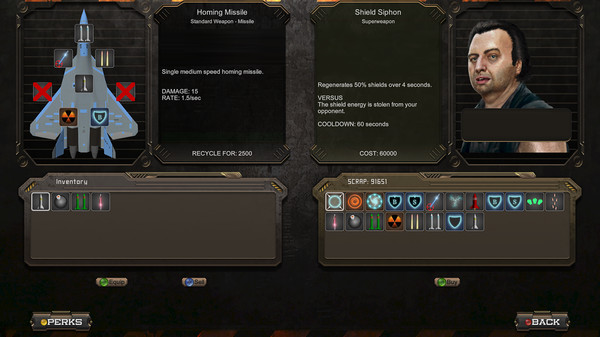 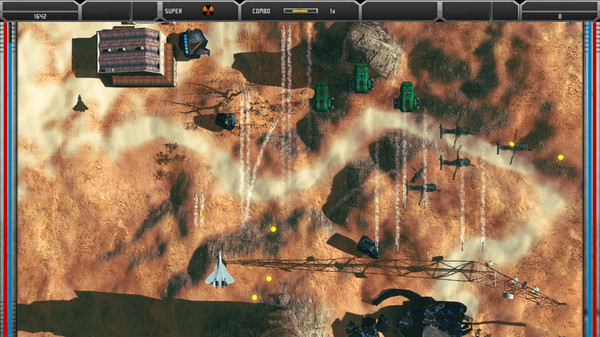 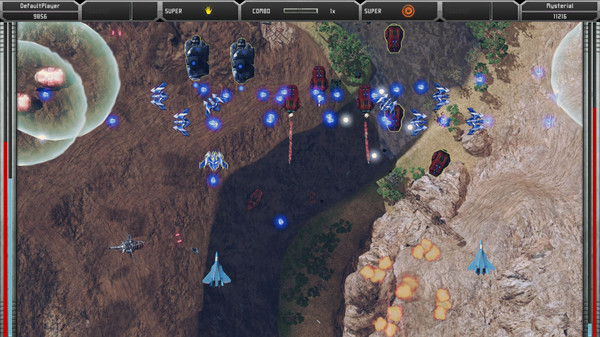 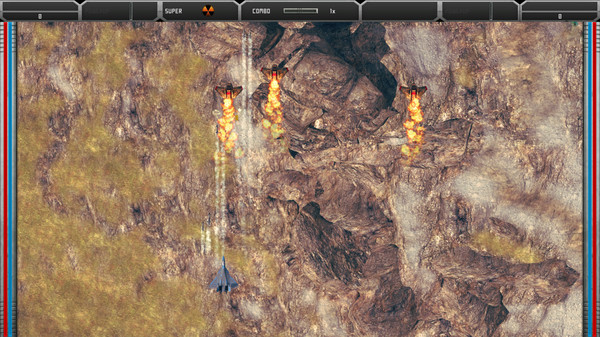 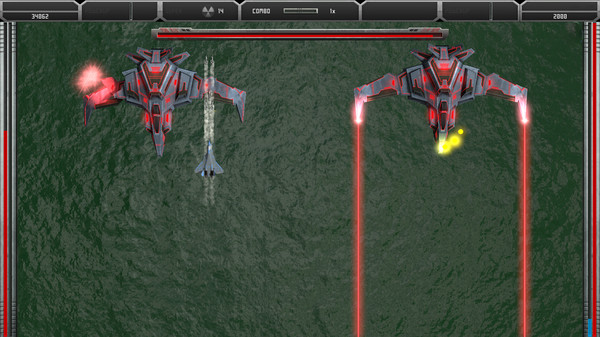