Spore is a god simulator developed by Maxis. The game features several genres such as RPG and RTS.

The players create a new species. It is possible to create a completely new species using an in-game editor. It is up to the player to control the evolution process.

The game is divided into several stages. After each stage, the player's gameplay is evaluated and a special bonus that is going to evolve the next stages is given based on their actions. The creature you made is evolving through every stage and changes its' physique.

At the beginning of the game, you choose one of six planets to settle your creatures on. The first stage of the game is called Cell. The player controls a microorganism that lives in the water. In order to survive, the microorganism has to consume pieces of meat or seaweed and avoid being eaten by other water inhabitants.

During evolution, your cell develops a brain and migrates to the shore. The in-game editor opens where you can add legs for your creature. The players meet other species that can be cooperated with or eaten.

After that, three stages are available for the player: tribe, civilization, and space. The latter is endless. 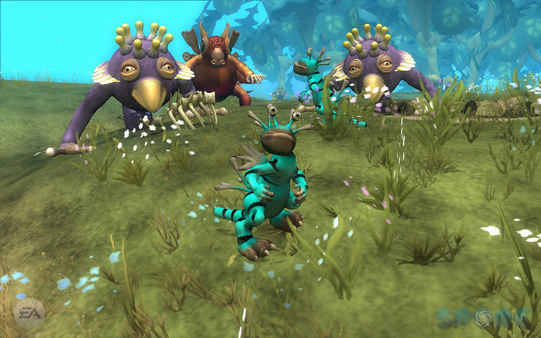 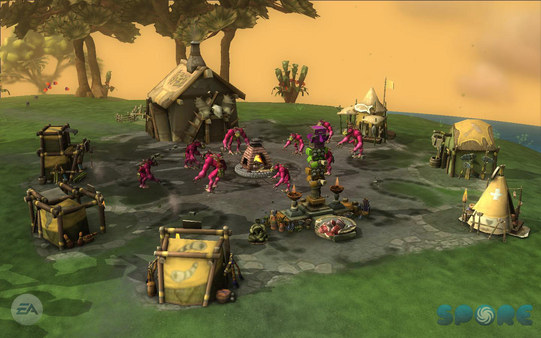 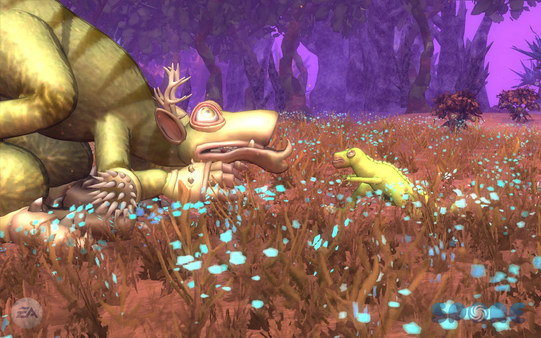 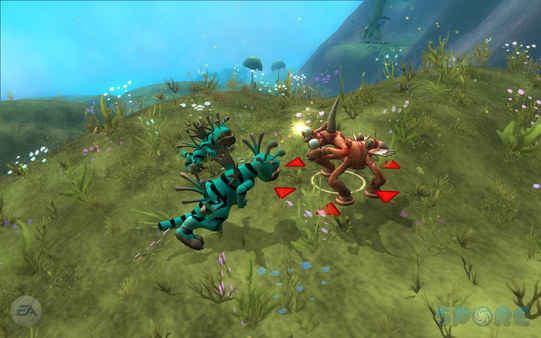 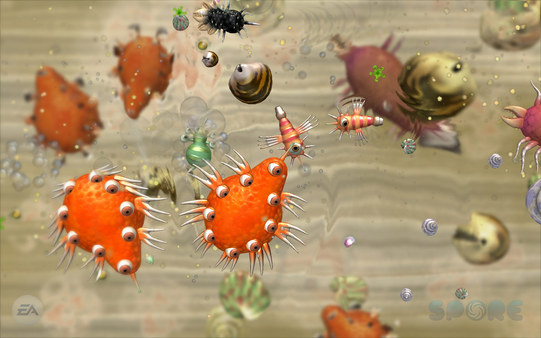 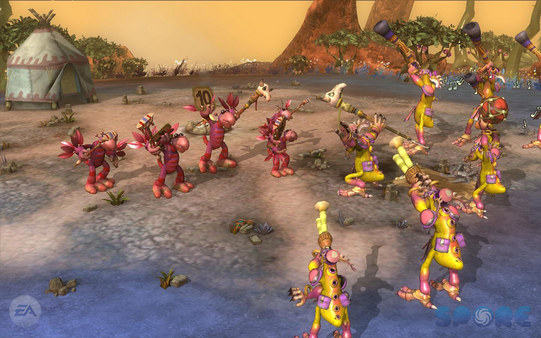 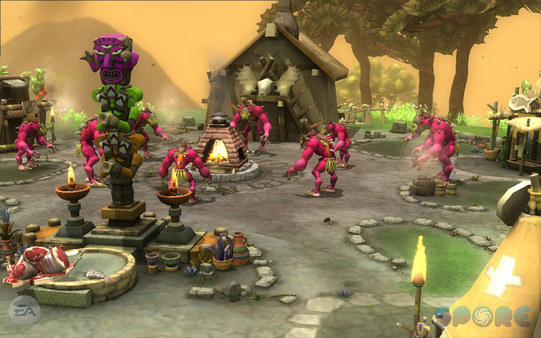 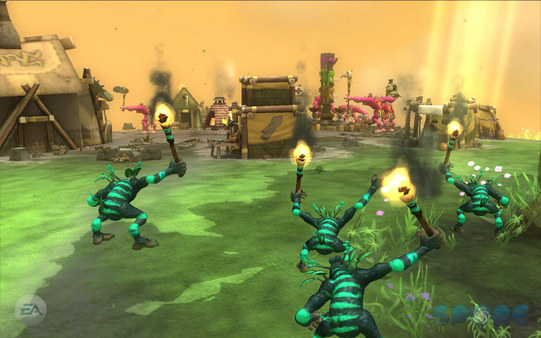 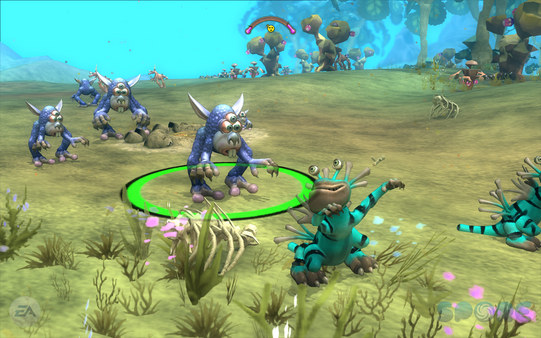 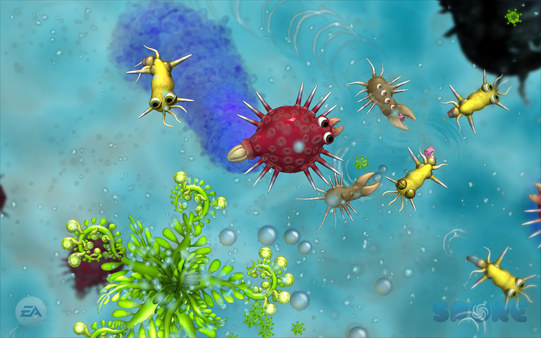 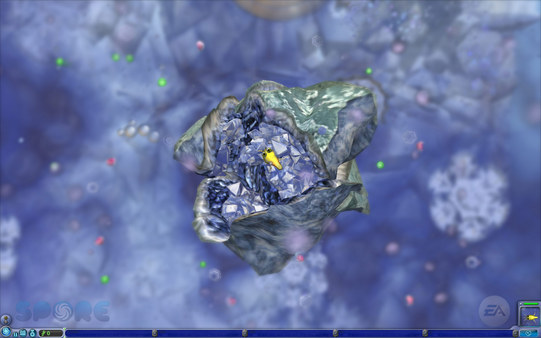