The Expendabros is a crossover game based on Broforce gameplay and featuring characters from The Expendables 3 movie. In the basis of both games lays the roast of the 90s movie cliches about unstoppable warriors, such as Arnold Schwarzenegger, Sylvester Stallone, Bruce Willis and the others. The Expendabros features parody characters from The Expendables 3, including Broney Ross, Bronnar Jensen, and the others.
The gameplay in The Expendabros provides a crazy mix of a platformer, a shooter and a quest with strong beat ‘em up elements. The action doesn’t stop as everything around you explodes, burns and crashes while you kill bad guys. Each of the seven playable characters has their unique weapons and special attacks.
The story itself consists of 10 missions with the goal to capture an arms dealer named Conrad Stonebanks. The game is set in Eastern Europe forests, so you're to fight among lumber mills and harsh landscapes. 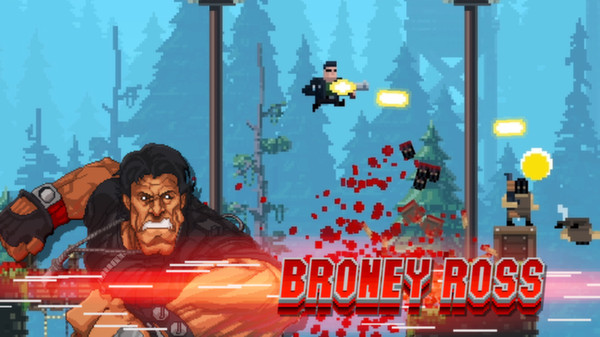 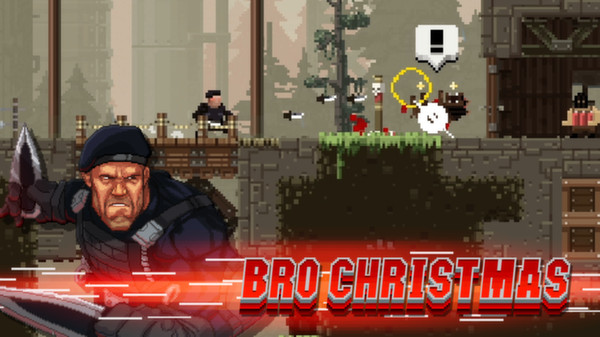 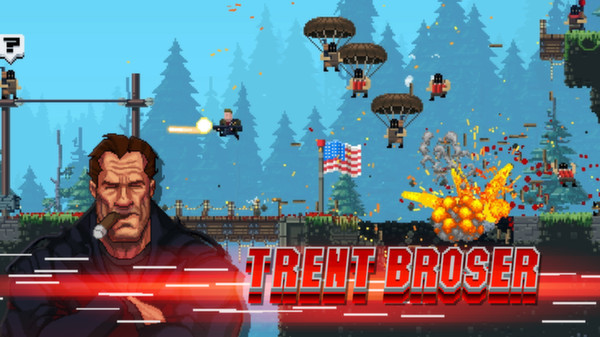 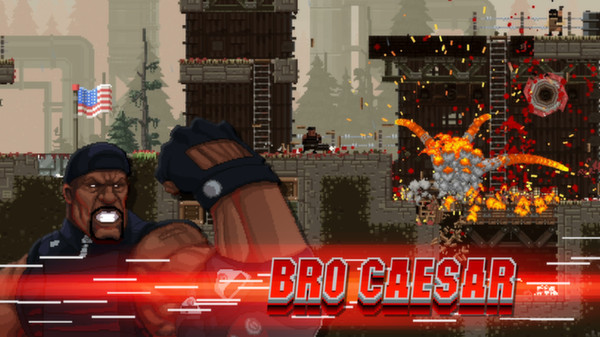 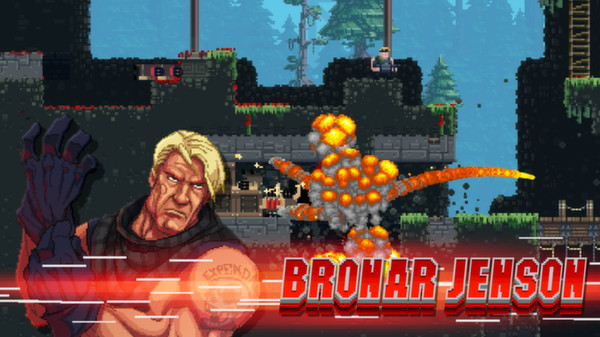 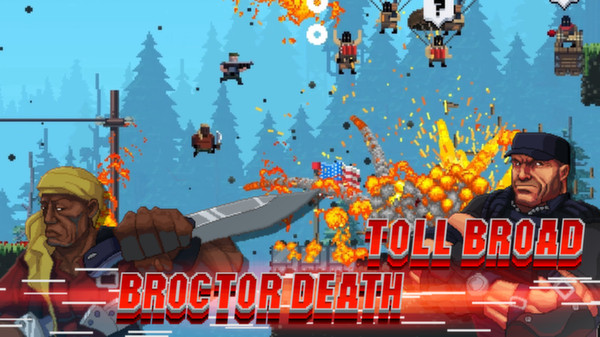 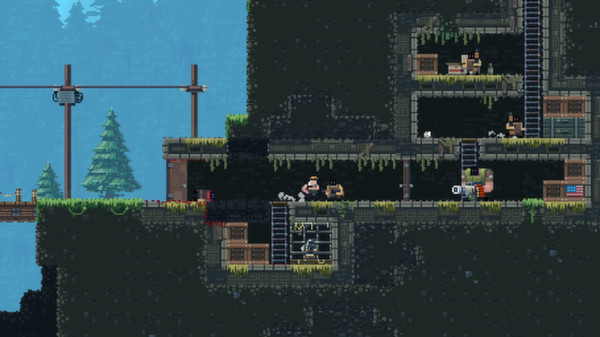 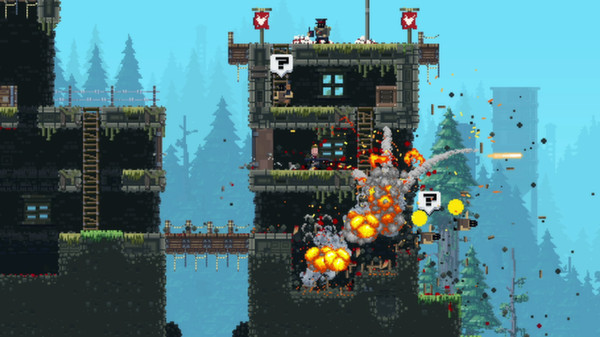 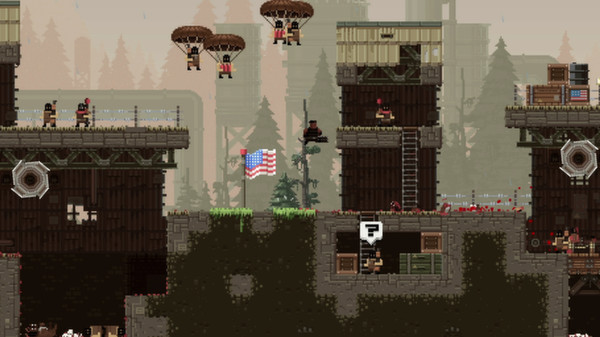 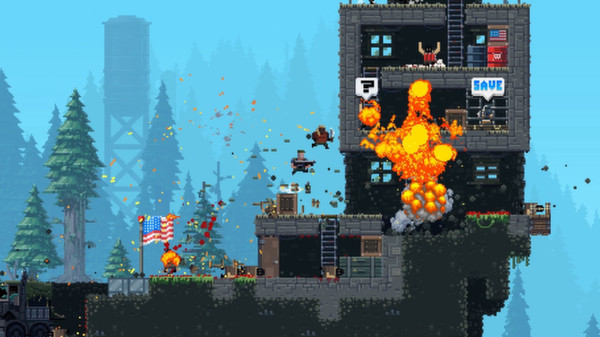 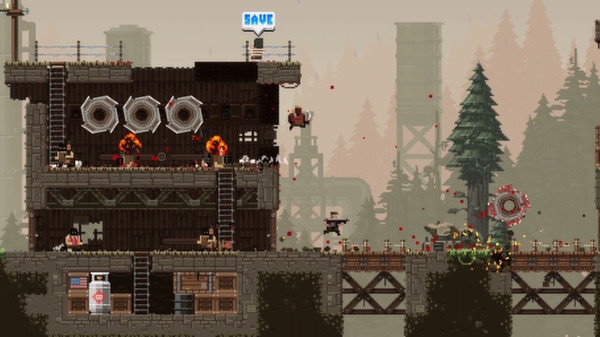 Games similar to The Expendabros