Company of Heroes is an RTS game set during the WWII, featuring an extensive single-player campaign and various multiplayer modes. One of the fundamental differences from other strategies of the time is the dynamic environment and complete destruction of almost any object on the map.
The game starts with the invasion of Normandy by the Allied forces and leads through Europe. The almost cinematic experience of every battle allows players to immerse in the darkest hours of humankind fully. The warfare itself in the game is exceptionally refined, featuring cover systems and different damage types, making players plan their movements, know their enemies and know themselves. However, not every battle is won by plans, and thus, reaction to the surroundings also plays a significant role.
Company of Heroes successfully reimagined how WWII RTS should look like and play like, with its different squad compositions, various routes to be taken, and new challenges in the form of multiplayer battles with players who will try to outcompete you, outplay you and overrun your forces. 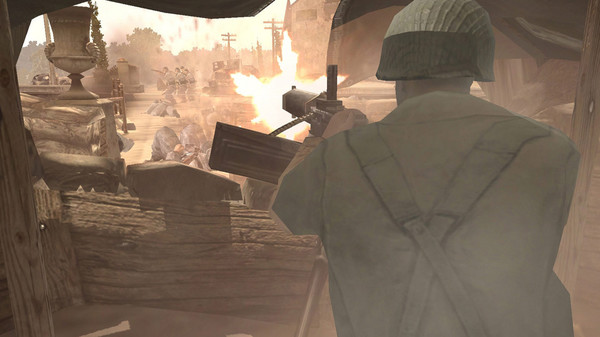 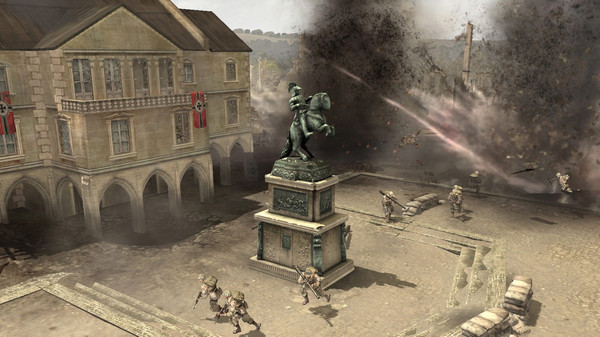 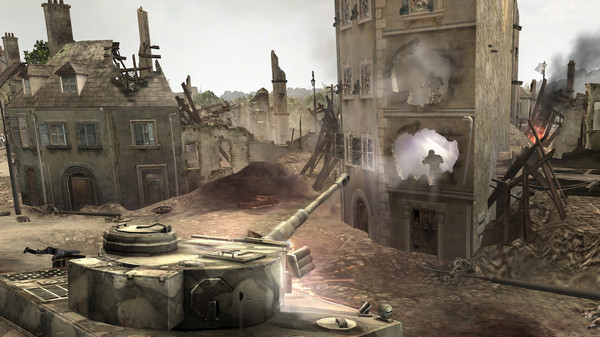 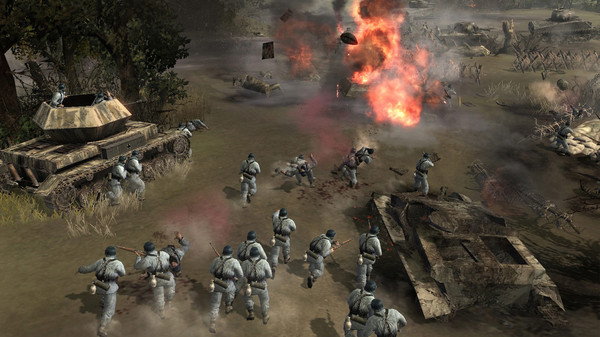 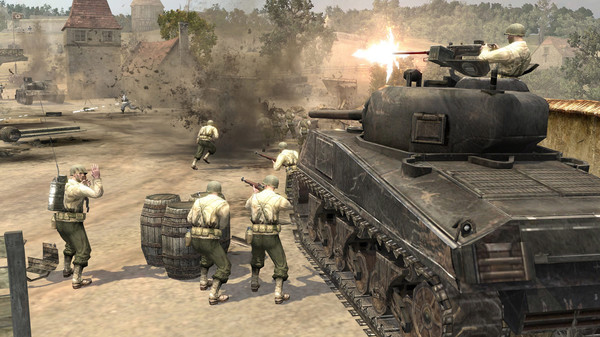 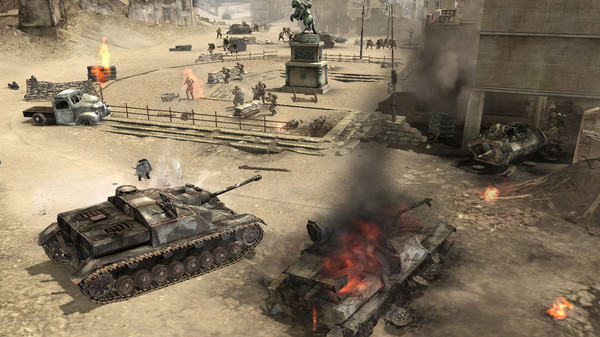 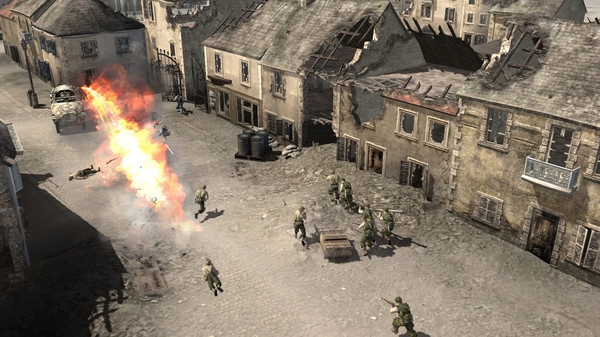 Games similar to Company of Heroes